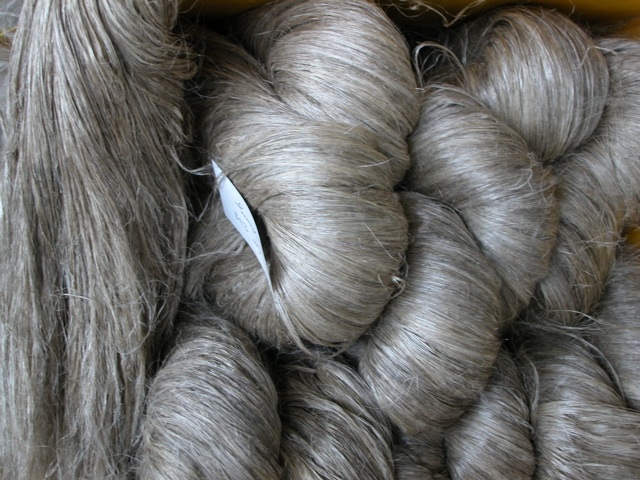 When it comes to linen, there’s no linen in the world quite like French linen. Up until a few weeks ago, I wouldn’t have been able to tell you what ‘flaxen hair’ has to do with linen until we visited a linen factory. 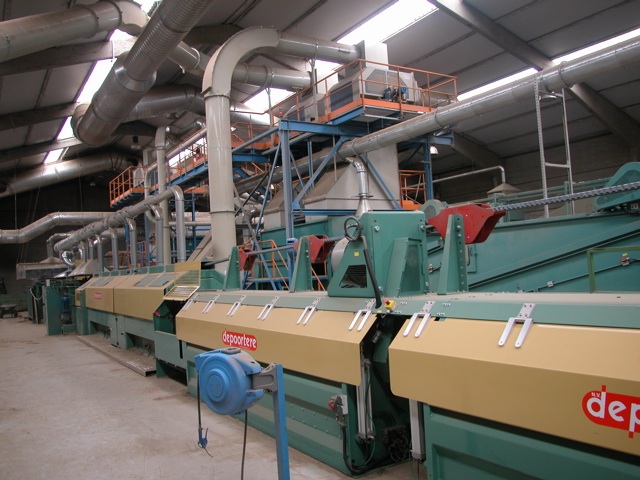 Linen, in its raw form, is flax, and high quality linen or flax looks very much like blond hair. Linen has been used in France for clothing since the Middle Ages (and maybe even earlier).

Normandy, to the west of Paris (as well as parts of Belgium and Netherlands which also border the English Channel) has the ideal climate for growing flax. Just like wine, every year’s crop can differ in quality. Too much rain and the flax looks like it’s had a bad hair coloring.

In the summer months, linen is one of the preferred materials for dresses and suits. No one seems to mind much about the fact that linen wrinkles. This naturally produced material allows the body to breathe, so it’s the perfect choice for hot, humid days.

Just what the future for linen production will be in France is difficult to predict. Not so many years ago, there were far more linen factories. Nowadays the numbers have dwindled to approximately thirty producers. The majority of the raw linen is sold in bales to Chinese buyers who, in turn, manufacture clothing which is then sold back to the European and American markets.

Aside from clothing, linen dish towels are great for drying wine glasses. This is another good high quality souvenir for your friends who love wine. Although you can find linen in most good home decoration boutiques in Paris, another option is to visit one of the linen factories and its factory outlet store.

The shop we visited is part of the linen factory in Saint Martin du Tilleul (located in Eure Departement of Normandy. (The closest large town is Bernay which has train access from Paris, Gare St. Lazare). The factory outlet store is only open toward the end of the week (Thursdays and Fridays) or special visits can be arranged by telephone. Here’s also where you can buy material for curtains, clothing, linen handbags, etc.