Every Francophile with an ounce of pride can easily identify the French flag – that brilliant tricolore of blue, white, and red bands. But how many know the history of the French flag? How many know what each of those colors represents? If you’re among the many who hoists the flag of France without fully understanding its meaning, then keep reading – and feel free to pull these fun facts out at the next cocktail party you’re invited to. I’m sure you’ll be a big hit. No, really. Try it. 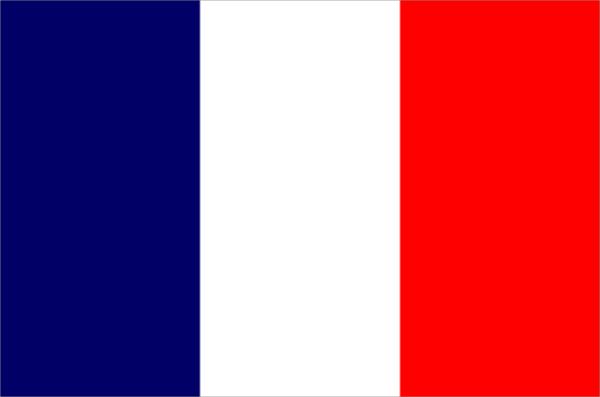 The flag of France is made up of three bars of equal dimensions – from left to right (or, more correctly, from the hoist side out) the colors are blue, white, and red. The modern flag was adopted in 1794 incorporating the traditional colors of Paris (red and blue) with the traditional white of the Bourbon family which ruled France from the 1500s to the French Revolution in 1792, and then later for a year in the early 1800s. The tricolor flag became a symbol of the Revolution, and subsequently a symbol of freedom for other countries as well.

It was under a blue and red banner that revolutionaries stormed the Bastille in 1789, which eventually led to the overthrow of the Bourbon monarchy, so it made sense that those two colors would later make up the French flag – even though they’re historically most closely associated with the city of Paris. Less obvious is the reason for incorporating the royal white, a color representing the dynasty they’d just overthrown, though perhaps placing it between the blue and red of the people’s flag was symbolic of the equality they were fighting for. Also possible is that they were reclaiming the color which once represented Joan of Arc from the French royalty which had adopted it as their own. 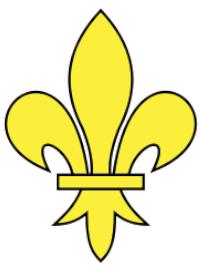 Interestingly, red and blue had been the traditional colors representing the city of Paris since the mid-14th century when they symbolized Etienne Marcel. Marcel had led an earlier revolution against the King of France in 1358. So the colors of one revolution were also the colors of a later one, and then blended into the flag of a united France.

Prior to the current France flag, the symbol of France from the 12th century was the fleur-de-lis, which means “lily flower” in French and is a symbol that’s supposed to look like a lily (I’ll let you be the judge – that’s a fleur-de-lis to the right). Although the fleur-de-lis is no longer part of the official symbol of France, it’s still seen today on the flags of current and former French colonies like Quebec and Martinique.

What do the colors in the French flag mean?

Unlike the colors in some national flags, the colors in the flag of France were assigned meanings only after they were incorporated into the flag itself. Most today associate the colors with liberty, equality, and fraternity, which were the rallying ideals of the French Revolution. A former Prime Minister of France once said that the colors are blue for history, white for hope, and red for the blood of the ancestors. French schoolchildren today are also typically taught that the blue represents the bourgeoisie, the white represents the clergy, and the red represents the nobility – but more colorful (pun intended) histories exist for each color.

Trivia About the France Flag 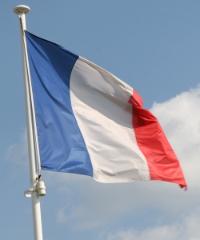