Food Tours of Paris: A Different Kind of Tourism 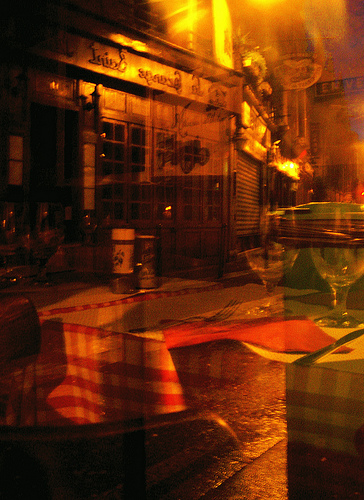 Here’s an open secret: Paris vacations aren’t like other vacations. Normally, when you book a holiday you go by what there is to see and do in that destination. But with Paris, come on, let’s be serious here – you see yourself sipping wine and nibbling on noshes just as much as you imagine schlepping through the Louvre or hiking up the Eiffel Tower. And if you’re going to look into Paris tours and vacation packages, you’d do well to check out food tours of Paris as well.
Oh, yeah. Oh, there are food tours of Paris, alright. There is every kind of conceivable food tour. They have pastry tours. Wine tours. Market tours. Foodie tours. Street food tours. You name the food group, and there is a tour for it in Paris.
Now, you may think that food tours of Paris is something uniquely 21st century. It’s so First World, isn’t it? The whole idea of visiting a place just to have your very own gluttony guide? You could look at it like that. But if you’ve ever had your interest piqued by something you’ve eaten, chances are you can thank the French for it. And as much as serious foodies will tell you that Lyon is the heart (or stomach) of the French culinary world, chefs around the globe think about Paris the way Frank Sinatra sang about New York – if you can make it there, you can make it anywhere.
Just like in New York, though, you can find crap food being slung by cooks without any discernable skill, and you can stave off hunger with a middle of the road meal at an anonymous bistro. But there is something magical that happens when food in Paris is done right. And once you’ve experienced it, there’s no going back. Whereas before you had seen Paris as simply a large bustling metropolis, now it is maddening labyrinth deep within which the city’s culinary mysteries are hidden. You have to find them before you have to leave.
If you still can’t imagine going on a food tour in Paris, then consider the fact that the French themselves view their culinary legacy as important a cultural contribution to the world as they do any other building, work of art or individual city within their borders. If you wanted to make sure that a guide explained to you the history and craftsmanship behind Notre Dame, the Eiffel Tower or the Palace of Versailles, why not have someone walk you through the finer points of French food as well? Goodness knows it has a much more influence on your daily life at home than a church in the middle of a river.
We’ll always have Paris and art is forever – but your favorite boulangerie runs out of fresh baguettes by noon, so hurry up. Right his minute, someone is taking a bite in the City of Light. Check for flights to France, look for your home away from home among the many hotels in France, and book yourself as many food tours of Paris as you can. Your waistline may suffer, but your soul will sing.