Figuring Out a Daily Food Budget for Paris 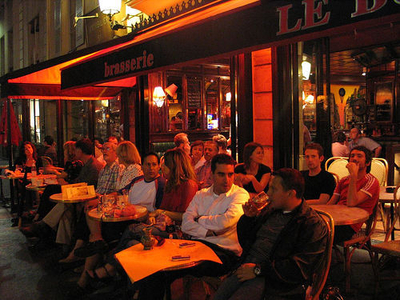 Whether you’re traveling to Paris for the very first time and you’re on a student’s budget or you’re making your umpteenth visit to the City of Light and you’ve got more money to spend, you’re probably at least a little concerned about your travel expenses. The biggest ones are easily your airfare and whatever accommodation you choose – but even if you’re lucky enough to have scored one of the cheap flights to Paris and you’re staying in a huge dorm in a Paris hostel, you’ll need to spend money in order to eat.

So, what should you budget for meals in Paris?

Your longtime guide, Parisgirl, laid out her suggestions for a daily food budget in Paris below, and be sure to read more about tips for eating well on a budget in Paris.

Cost of Breakfast in Paris 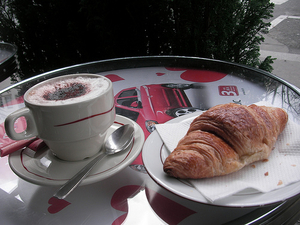 The average current cost for an “American breakfast” in Paris (i.e. coffee, a croissant or toasted baguette, a couple of eggs, orange juice and sometimes even ham) is between €10-15. This is the kind of breakfast you may be offered at your hotel, especially if they cater largely to tourists, but it rarely is included for free with the room.

A more typical Parisian breakfast (i.e. coffee and a croissant or toasted baguette) is generally between €5-8. And remember, if you eat this standing at the bar rather than sitting at a table in the cafe, you’ll pay less.

Cost of Lunch in Paris 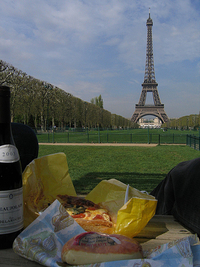 The average cost of a main dish at lunch is roughly €10-15, but if you opt for a prix fixe menu that includes 2-3 courses (and sometimes a beverage) you might be looking at €15-18 per person. The total bill for two people, including beverages, is going to be about €40.

You can reduce the amount you spend on lunchtime fare by dining at a falafel or crepe stand instead of a sit-down restaurant, sticking with tap water instead of wine or bottled water to drink, or shopping at a Paris food market and making a picnic meal. Keep in mind, however, that if you’re just dying to try a fancy (or even slightly fancy) Parisian restaurant, lunch is the time to do it – the lunch menu often includes the same things as the dinner menu, only with smaller portions and smaller prices.

Cost of Dinner in Paris 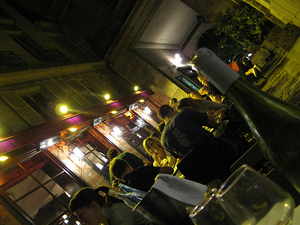 The average cost for a main dish at dinner time is €18-28, but you can spend as much as €35 per person if you’re ordering a 3-course meal at a nicer restaurant. The prix fixe menu can be your friend in some cases, offering you quite a bit of food for your money, but if it’s more than you’ll eat then it’s not a good deal no matter the price.

The average total dinner bill for two people, including beverages, can get up to €50-90. Again, you can reduce the bill by choosing tap water instead of bottled water, or house wine instead of a bottle. And if the weather’s nice in the evenings, you can do dinner picnics from the market as well.