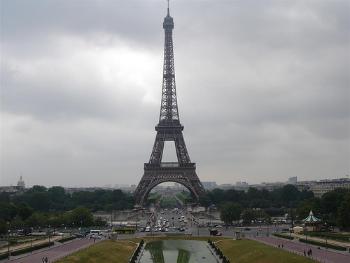 June in Paris begins the popular and busy summer season in the City of Lights, when the weather is wonderful and there’s a festival going on every time you turn around. Of course, word has gotten out about how lovely Paris is in June, so you won’t be the only one vying for a viewing spot atop the Eiffel Tower or angling for a peek at the Mona Lisa in the Louvre. But if you can get beyond the most touristy places and find yourself a quiet corner in Paris, the warm June air will act like a drug and you’ll find yourself falling in love with Paris even more than you were already.

Weather in Paris in June
June is when the weather in Paris really starts to warm up. The days are longer, leaving you with more hours of sunlight in which you can enjoy the city. The temperature typically ranges from a low of around 55F to a high of around 70F (that’s 13-22C), making it thoroughly pleasant to be outdoors for much of the day and well into the evening. It’s not all sun and roses, however, as June is also one of the wettest months of the year in Paris (how else would it bloom so nicely?). So while you may not need a heavy sweater or warm mittens, you might still need to carry around a little collapsible umbrella – just in case.

What’s Going On in June in Paris
As mentioned, June is festival month in Paris. It’s possible this is due to the plethora of public and religious holidays that fill the calendar in May, which could make June a bit of a let-down – so some enterprising individual decided to pack June with excuses to enjoy the weather and lack of bank holidays in June. Whatever the reason, the list of things to do in June is long, and is certainly not restricted to Parisians.

The French Open, which generally begins in late May, is often continuing through to early June. Check the calendar for this year’s specific dates, whether you’re planning to see a tennis match or not. Because remember, this is a major tournament that attracts players and spectators from all over the world, which means that even if you’re not one of the people who’s trying to get a ticket you’ll be effected by the distinct lack of cheap hotel rooms in Paris. Book early to avoid disappointment.

Held on the longest day of the year, the Fete de la Musique is the perfect reason to soak in all that extra sunlight. It’s an outdoor music festival that takes over the cafes and streets of Paris each June 21st, and it’s free – which means there’s absolutely no reason not to enjoy the music, no matter what part of the city you happen to be wandering arond in. I hope the Fete de la Musique remains a free event, but already there are signs that commercial events are trying to ride on the coattails of a neighborhood celebration.

The Foire Saint German usually starts in late May and runs through early July, and is well worth heading over to the Saint German des Pres neighborhood to see. This street fair has its roots in medieval times, and includes music, art, and antiques.

Paris’ Gay Pride Parade occurs in June and is simultaneously a celebration of diversity and one heckuva street party. It’s a popular spectacle no matter whether you live in Paris or are just visiting. Don’t believe me? Check out the photos from the Paris Gay Pride Parade 2008 and see for yourself.

And if the Gay Pride Parade doesn’t give you enough of a look at flesh, then check out the Paris version of the World Naked Bike Ride – it’s technically a protest rather than a festival, but how can a bunch of nude cyclists not be considered festive? One never knows how many people will be showing up for the event, but it should make an interesting photo-op for you intrepid photographers.

Enjoy the month of June in Paris, and in France. You don’t have to spend money to enjoy. Make music, paint, sing. Dance an Irish jig.