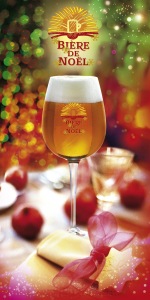 Alcoholic beverages of all sorts grace the holiday tables in French homes, but I was surprised to see Noel beer being advertised in one of Paris’s supermarket flyers. Noel or Christmas beer is one marketing concept that seems to have escaped American Super Bowl advertisers, even though you can find some American specialty brewers that produce a Christmas beer.

In France, the tradition is said to originate in the France’s northern region. Each year, master brewers treated their employees, special clients and townspeople to a beer of exceptional quality. This was known also as an October beer, the result of the late harvests and the cooler temperatures which allowed malt to ripen and mature at a slow pace.

Christmas beer can be recognized by its amber color, its fruity and aromatic notes, a rich caramel flavor and a higher alcohol level than some other beers. Here’s where beer makers let their creativity have free rein, sometimes adding cinnamon, coriander, honey, or ginger. The Christmas beer tradition goes back to the 11th century if not earlier. It can be found not only in France, but also Belgium – and also has strong associations with Danish mythology and the winter solstice. 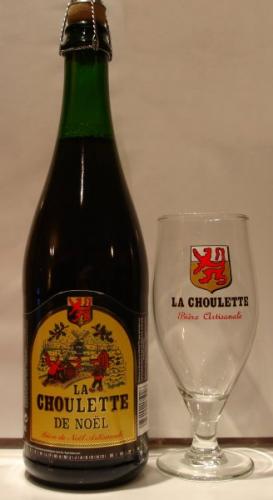 Beermaking in Europe, and particularly France, goes back to the medieval monastic life. In those days, monasteries were self-sufficient religious retreats from a chaotic world ripped apart by feudal wars, plague, and famine. Whereas nowadays, beer is the drink of choice for weekend football games or Friday night frat parties, in those days beer was a welcome supplement to a calorie-poor diet.

Saint Arnaul, a bishop of Metz is known as the patron saint of beer brewers. Most importantly, beer became a way of avoiding the deadly effects of contaminated water. Saint Arnaul, a contemporary of King Dagobert (king of the Franks) had to have been considered a true godsend when it came to making beer part of monastic life. 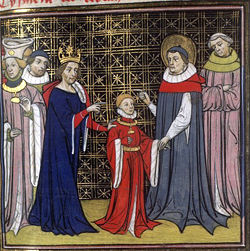 Those of you who’ve been traveling to parts of the world where the local water supply is suspect know by now that ordering a beer is the ‘savvy’ travelers first line of defense against gastro-intestinal woes – so, perhaps you share with Parisgirl a new-found respect for this humble ‘potion’ which deserves the #1 ranking in Parisgirl’s Top 12 French Christmas treats for 2008.

Parisgirl is hoping Santa drops off some Christmas beer at the 10th Anniversary Bootsn’all Party!