Goodmorning, Paris! Waking up to Paris 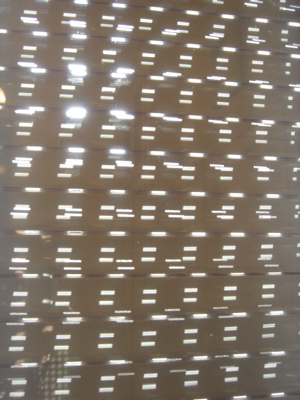 How do you cope with sensory overload? Is it possible that Paris needs to be taken in small doses? Some cities are just too pretty for their own good. Paris, Venice and Rome lead the pack, with London close on their heels (in my opinion). So you may wonder how Parisians in spite of seeing the city day to day still maintain their love affair with Paris. Their secret is shutters.

We have a daily morning routine which begins just after waking up. We wander into the kitchen and roll up the shutters (or if your apartment has the older version, you fold the metallic accordion shutters back, slat by slat).

Either you carefully measure out tablespoons of your Carte Noire or Cafe Grandmere coffee grinds, or you noisily grind the coffee beans with an electric grinder which is sure to wake up your neighbors. Meanwhile, you look out the kitchen window and decide from the hue of the sky – is it a walking day – or a museum day? 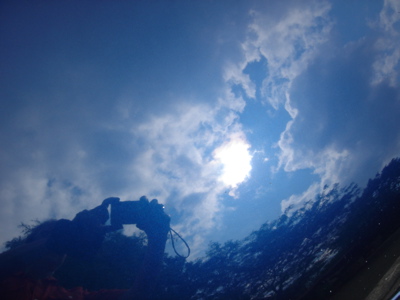 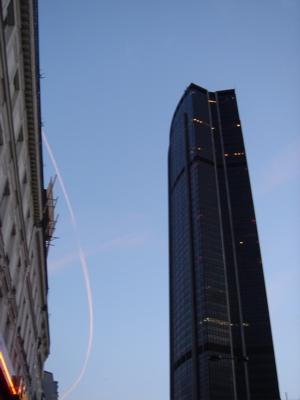 If our apartment didn’t have shutters, I wouldn’t feel as if we were really living in Paris. If you’re staying at a hotel, you can open the drapes to the day, but it isn’t the same degree of liberation. Back in the days when I was going to school in Paris, I shared the room with a student from Bordeaux who insisted on keeping the shutters closed not only at night, but all day long. She didn’t want any part of Paris. Her boyfriend was in Israel and I’m certain that she was refusing to allow herself the pleasure of looking out on this city if she couldn’t share it with her fiance. It was a bold statement, but at the time, I didn’t understand that intense kind of love that would willingly give up all pleasure if it couldn’t be shared with the most important person in your life.