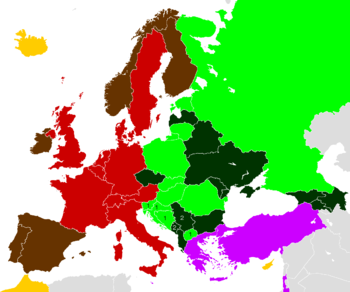 The Map of Europe – according to Eurovision.
Every world leader and student of European history should watch Eurovision. If you watched Eurovision this year on BBC or French TV, you would know that Turkey is part of Europe – and so is Israel!
Eurovision this is Europe’s longest running music competition (since 1956)– open to all countries that are active members of the European Broadcasting Union(EBU). The bands range from ethereal to wacky i.e Portugal vs. Spain. This annual music competition has been growing in popularity since its early beginnings in 1956. Originally, seven countries participated. This year’s contest was hosted by Serbia. For those of you who watched – or who were in Belgrade. you can see that Belgrade is a partying town.
What’s more than obvious is that the center of Europe has shifted like melting glacier – south and east, practically leaving United Kingdom in the morain field. As the BBC commentator has suggested – Eurovision is less about music and more about political affinities.
Former Soviet satellites may have their squabbles or even stage a full-fledged war, but when it comes to solidarity, Russia emerges as the major player. UK, France and Germany, take heed. The important thing to remember is that unlike voting for politicians (which is often carried out by delegates in so many countries), Eurovision is conducted on a call-in basis.
In this year’s competition, western Europe was no match – and the focus of enthusiasm centered on Greece, Russia, Ukraine, Armenia and Turkey.
France’s president, Nicolas Sarkozy has most certainly watched (or at least heard the results) of the Eurovision votes. Turkey won far more votes than France and UK put together.
The BBC commentator was despondent i.e.’Isn’t ANYONE going to vote for us?’ Well, leave it to the Irish to throw England a bone.
France did not fare much better. Sebastien Tellier’s bearded back-up singers reminds me that French aesthetics dances to a muse in another universe (which can sometimes be a good thing).
If you haven’t yet sensed this European shift, you must be sleeping soundly. I was happy to see Greece competing with Russia for first place, but the final battle really should have been between Turkey and Ukraine (musically speaking). 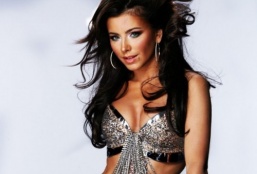 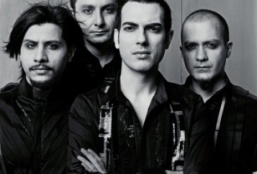 If you have yet to watch a Eurovision competition, tune in next year. England, France, and Germany – it’s time to get your act together!
Check out the winning songs on Eurovision’s official site.