Electric Cars in Paris: Can Blue and Green Merge? 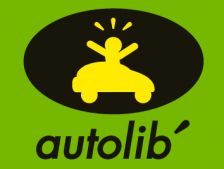 These are heady days in France. Never have I heard the word ‘bling-bling’ repeated in so many French conversation, followed by, and ‘What does ‘bling-bling’ mean anyhow? So, after patiently explaining the correlation between glittering diamonds, showy behaviour, and the word ‘bling-bling’, I can see that some of our more conservative friends are still mystified. It still hasn’t sunk in – how the conservative ‘blues’ have become so ‘bling-bling’ and the ‘caviar’ or ‘champagne’ liberals have become so green. Is it possible that the Blue Car or another one of its electric car contenders Cleanova may become a common site on Paris streets?

In a word, each day is chock full of surprises: in quick succession, we see Ingrid Betancourt arriving in France after her six years held hostage by Columbian factionists, then the president of Syria arrives just in time for the Bastille Day parade and the Club Med get-together. (And for those who remember Club Med as a great family resort operation, this is not exactly the same kind of resort.) Pause for station identification – Carla Bruni talks to TF1 news anchor Claire Chazal about her recently released album Comme si Rien ne se Passait (As if Nothing Happened) on French prime time TV.

Then comes the ‘flash visit’ from U.S. presidential hopeful, Barack Obama. He has just enough time for a quick ‘bonjour’ on the steps of the Elysees Palace.

Meanwhile, amidst all this social, political, musical flurry, Paris’s Socialist mayor, Bertrand Delanoe, quietly continues to transform Paris into the Emerald City of O% CO2 emissions. It began with an ambitious program to reduce traffic lanes for privately operated cars and maximize space for buses, taxis and bicycles. Needless to say, drivers cursed for months on end. Then came the tram which services Paris’s southwestern sector, running parallel with the inner ring road. Then came Velib, an awesome fleet of bicycles that’s conquered the hearts and minds of Parisian citizens. Last spring, in municipal elections throughout France, and particularly in Paris, the ‘middle’ left wheeled its way to the forefront. All this, in spite of a January/February’s reduction in unemployment. But what good is a job, if you still can’t afford to pay your rent and put food on the table?

Which brings us to VELIB and AUTOLIB

Unlike the projects created to curb car traffic by constriction, the Velib bike rental program is as close to a success story as you might find. But it’s not meant to stop here. Paris’s mayor is no less determined in achieving his goals than is France’s president, Nicolas Sarkozy. You may remember back in January of 2008, Parislogue reported that Mayor Delanoe hoped to put 2000 electric rental cars on Paris streets (and in its underground parking lots). His plan was to provide short-term rentals for Parisians, particularly for young Parisian couples with kids – who might otherwise feel the need to buy a car.

Now, he’s upped the antee to 4000 cars – hopefully we’ll be seeing the first of these in 2009 – and there’s a SLIGHT possibility that Paris’s new electric rental car may be Bollore’s Le Blue Car. Dassault’s Cleanova (with a Kangoo van body) is also up for consideration. (More about that at Bike Radar)
700 Autolib pick-up points will be set up across the Paris metropolitan area, 200 of which will be underground. A driver could pick up a car on the Left Bank and then drop it off on the Right Bank, go shopping, then hop in another rental car for the return trip.

A computerised system will allow drivers to key in their destination when they pick up their car, thus allowing for a parking space to be made available upon their arrival.

For resident Parisians, the payment system would be comparable to subscribing to a monthly service for which they might pay 200-250 Euros.

For the occasional user, an optional ‘spur-of-the-moment’ service would also be put into effect.

Of course, all of this sounds about as idyllic as the Emerald City of Oz –but why not? Believe it or not, those that have offered opposition to the mayor’s plans for a fume-free Paris don’t come from the political right – but from the political far left, the Green Party, no less. Those that disagree with Mayor Delanoe’s plans for an Autolib fleet would rather leave Parisians to their bicycles. They claim that the 4000 additional vehicles would just add to the city’s congestion and encourage those that might have walked, used the Metro or leased a bike to take an electric car instead.

Parisgirl disagrees! First of all, the electric car will always be the more expensive choice – and why would anyone go to the hassle of taking an electric car, a taxi, etc. on a sunny day in Paris? Only if it were abolutely necessary. How else could you get to your favorite nightclub when there’s a cloudburst and you’re wearing your Prada shoes? The Green Party also seems to have forgotten or ignored the fact that some of Parisian’s senior citizens or wheel-chair bound residents don’t have the option of hopping on a Velib bike. If anyone should be unhappy about the imminence of the Autolib, it will be Parisian taxi drivers.

One thing neither the Left nor the Right can deny – Paris’s mayor isn’t looking at the world through rose-colored glasses. His landscape remains invariably GREEN.

It will be quite a day when the Bling-Bling Blue and Green-minded folk decide to get together to keep France breathing clean air. Upon arriving in France, Ingrid Betancourt voiced her joy at being able to breathe the air of France. In the final analysis, a healthy, pollution-free environment is good for the Blues, the Greens, and every shade in between.

>> More Blue Car News
According to this French News Video, the Blue Car will be shown at the 2008 Paris Auto Show. In theory, customers should be able to place their orders for a Blue Car on a monthly rental basis by the end of December, 2008 (the Blue Car battery should last for ten years, so the question here is WHY WON’t CONSUMERS HAVE THE OPTION TO BUY?)