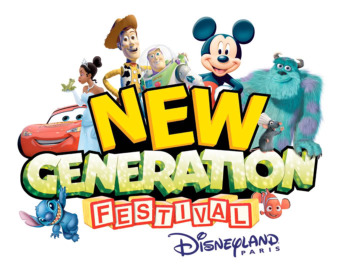 Young backpackers experiencing the wonders of Paris for the first time may not think about a day trip to Disneyland Paris, but fast-forward a few years to when those same intrepid travelers have kids of their own and it suddenly seems like a good idea.
There are plenty of things in Paris to keep kids entertained, and thankfully many traveling parents aren’t giving up on the idea of their dream holiday just because they’ve got kids, but sometimes all it takes is the promise of a day spent at Disneyland Paris to get bored children to behave on a tour of the Louvre Museum.
Disney certainly has a long history of entertaining kids from around the world, and even Disneyland Paris has been around for nearly 20 years – but there have been several new characters introduced to the Disney family in the past several years, so it was time for a bit of a refresh at the theme parks.
Which is why Disneyland Paris is celebrating the “New Generation Festival” from April 2010 through March 2011.Disney’s “New Generation Festival” is designed to highlight several new “character experiences” at Disneyland Paris (as well as the other parks in the Disney family) that will be introduced throughout the next year. New characters are being added to the parks and the parades, from films like Toy Story, The Princess and the Frog, and Ratatouille. Princess Tiana will appear in the “Once Upon a Dream” parade, Ratatouille’s Chef Remy is in Disney’s Stars ‘n’ Cars, and the Monsters Inc. crew stars in “Scream Academy.”
The name “new generation” refers primarily to the newer characters Disney and its subsidiaries have created – but it could also easily refer to the new generations of Disney fans such characters are attracting to the parks.
The “New Generation Festival” at Disneyland Paris opens officially on 2 April 2010, although there was a star-studded kick-off in late March, and there are discounts if you book a trip to the theme park before the end of April 2010. Toy Story fans should note that the Toy Story Playland isn’t scheduled to open until late summer 2010, but other new experiences are already up and running.
>> More information about how to get to Disneyland Paris from Paris, details about the Disneyland Paris Resort, and some notes about the New Generation Festival