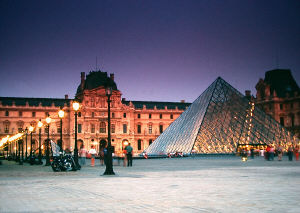 You don’t have to be a bibliophile to have heard of Dan Brown’s international bestseller, “The Da Vinci Code” – and you don’t even have to have read it to be interested in taking one of the popular Da Vinci Code tours in Paris. But people who either read the book or saw the film, even though the former was published in 2003 and the latter came out in 2006, are still flocking to the various tour companies offering visitors a first-hand look at some of the Paris settings for the story.

Now, nevermind that the poor folks at the St. Sulpice church have had to put up signs saying that the line on the church’s floor is not a reference to an earlier pagan temple built on the site (as Brown’s novel says) in an effort to keep people from trying to find the hollow space beneath the floor (yes, after the book came out people were banging on the floor by the obelisk attempting to see the space for themselves). Da Vinci Code tours in Paris are still wildly popular, and taking one may help you sort out fact from fiction in Brown’s book.

But there are so many Da Vinci Code tours in Paris – how do you pick the right one? A simple web search turns up lots of tour companies offering Da Vinci Code-themed tours through the city, but there are some big differences between them. Here’s a brief overview of things to consider to help you sort out which one is right for you.

And if an organized Da Vinci Code tour in Paris doesn’t sound like something you’re interested in, there are self-guided tours you can check out as well – both Fodor’s and Budget Travel published a list of the real-life Paris locales for some of the book’s scenes.