Cleavage – no big deal in France 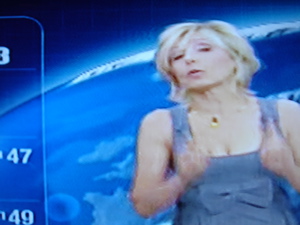 If you’ve got it, flaunt it. Visitors to France may at times be shocked by the appearance of the female body – just about everywhere. Especially on billboards in the Metro, or on newsstand kiosques. Depending on your upbringing and from which country you’ve just arrived, such exposure can be either surprising, revolting or delightful.

But, keep in mind that Europe, and particularly France has a long history of ‘artful’ exposure in fashion. Even in the Louvre, you may be surprised to find paintings of ‘court ladies’ with exposed breasts. 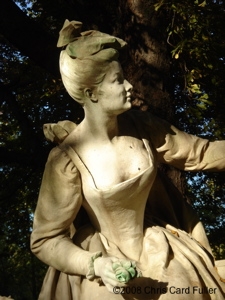 Here is what Angela McShane Jones, a lecturer in history at University of Warwick in Coventry, has to say:

“Far from being a sign of tawdriness breast exposure during the 1600s could indicate a woman’s virtue. The exposure of the breast was a display of the classical and youthful beauty of the woman — she was showing her ‘apple like’ unused Venus breasts,” Jones said. “This was a display of her virtue, her beauty, and her youth. Upper class women maintained the quality of their breasts by not breast feeding their children and passing them on to wet nurses.” 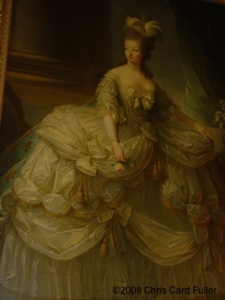 “Though women outside the upper circles may well have taken to this style, it began as a very high-class fashion which demonstrated high class and classical ideals of female beauty. The husband of a woman dressed like this would be proud to have his classical beauty on display, and for a woman it was part of her honor that she could display her virtue in this way. 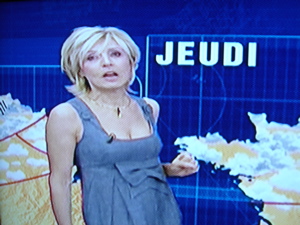 This may be one of the reasons why, to this day, you find that women, from TV weather newscasters, to clubbers, to grandmas, to brides don’t hesitate to show some cleavage if they feel doing so will create an attractive image.

But more than just image – French women do tend to feel more comfortable with their bodies. Here is a true story just to give you an example (told to me by a friend who’s Papa owned a butcher shop).

It was during the winter months when a beautiful customer would often visit Papa’s butcher shop and he couldn’t help but notice underneath her fur coat that she was extremely well endowed. He mentioned this to his young co-worker – and the next time the customer stopped in – he couldn’t help but comment, saying ‘What a pity to have such beauty covered up, and by the way, were ‘they’ real?” To which Papa’s customer replied, “Of course they are, and you can see for yourself”. She subsequently invited him (and his co-worker) to touch them for themselves like two doubting Thomases.

This may be a true story – but it happened at least fifty years ago. Times have changed, so please don’t assume that this is a common occurrence. (And don’t try this at your hometown butcher shop!) But, my point is merely to show that French women do have a sense of self confidence which you can observe simply in the way that they walk, their posture and carriage. 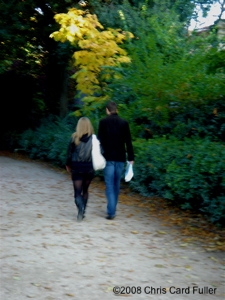 Fashions go in and out of style – and so does cleavage. Nowadays, the big emphasis is on legs. If you come to Paris this winter, expect to see short shorts with opaque stockings and boots. Whatever a French woman chooses to show off – remember that it’s just to leave you with a pleasant image – and isn’t by any means a suggestion that she might give you the time of day. 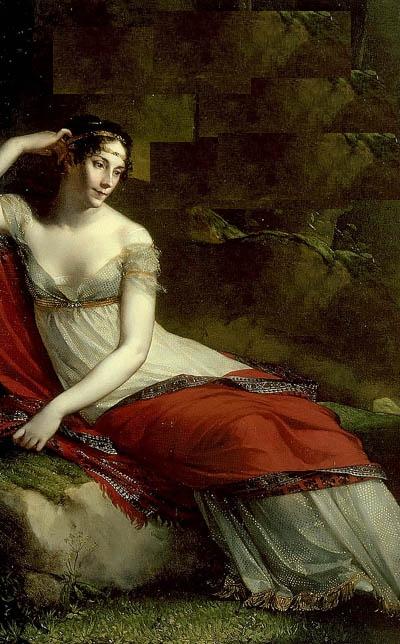 Fashion Trivia: Did you know that Napoleon I encouraged the French fashion industry by forbidding women of his court from wearing the same dress more than once. He also blocked up the fireplaces at the Tuileries palace so that women would wear extra layers. Gathered backs and added trains also came into style at this time. Napoleon revived the lace industry and forbade the import of English textiles. More on Regency/Empire Fashion

Parisgirl recommends this site for anyone interested in sewing their own clothing from these eras!
>>More about real women’s clothing from 1750-1919 at Demode Couture