Christmas Eve – No Room at the Inn 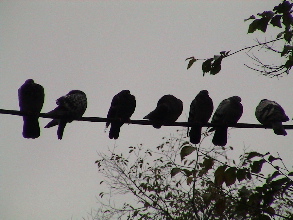 Even as much as one loves being in Paris, when you’re a student and far from home during Christmas vacation, the prospect of being alone in Paris for Christmas day may not be cheery. That’s why another student, Kathy, and I decided to hop on a train with our Eurail passes for Spain. We’d take a break from French lessons and try to practice our high school Spanish for two weeks.

Kathy had found this hotel castle in Jaen, in south-central Spain. She read the hotel description in a guidebook. The thought of staying in a real medieval castle thilled us both. We planned to get as far south as Granada where it was sure to be warmer and sunnier than Paris at this time of year.

We were able to book train tickets to Barcelona with no problem, but we couldn’t get reserved seats from Barcelona to Madrid and then on to Granada. We figured, it didn’t matter we were traveling light. However finding seats turned out to be big problem. All the soldiers in Spain were taking the train home for their Christmas holiday.

Once we found a seat, we noticed that we seemed to be the only two American women on the train – and aside from us there were practically no civilians. Kathy’s Spanish was pretty good, but I could see she was slightly nervous. She didn’t want to even leave the seat to go to the WC. “I have to tell you something,” she confided. “I’ve never even kissed a man.”

Soon the news traveled through the train that there were two American women on the train and one of them was a blonde! Soldiers came by to practice their English, share Christmas cookies and cigarettes (!). By the end of the trip Kathy had fallen in love. This is the truth. But that is only the beginning of this story.

We arrived in Granada – and it was snowing. So much for avoiding Paris’s cold weather. It was so cold in the hostel, we almost wished we had stayed in Paris, until we saw the Alhambra bereft of tourists, with a light dusting of new fallen snow. We hopped on a train for Jaen on Christmas Eve morning, sure to make Jaen in time to check into our hotel in the castle. We exited the train station and asked for directions to the castle. Jaen was a small town so it would be easy to find. The first person Kathy asked for directions looked at her askance – “It’s over there, but why do you want to go? It’s closed for renovations.”

Here it was. Christmas Eve – and we had no place to sleep. There wasn’t another place in town – so we did the only thing we could think of, hop on the train, and head for Cordoba. At Cordoba, the first hotel we went to was completely booked. They directed us to another hotel where we were fortunate enough to find a place to sleep for the night. Not knowing that people dine late in Spain – we went about to eat at 9 pm and found the cafes and restaurants deserted – so we had nothing to eat but a sandwich. At midnight we could hear the shrieks of delight as kids in the neighborhood opened their gifts. Christmas Day the streets of Cordoba were deserted.

We wandered around town until we found the Cordoba cathedral – the one place in town that’s sure to be open to all on Christmas Day.
Why am I telling you this story?

Book your hotel reservations in advance, ESPECIALLY FOR CHRISTMAS EVE and CHISTMAS DAY.
I love to travel spontaneously and wouldn’t trade the experience for anything, but this is one time of the year when you don’t want to end up sleeping in a manger – especially when it’s snowing in Spain.