If you happen to be in Paris on a summer weekend, you can go for a boat ride for only 1 Euro. First-time visitors to Paris will certainly want to spend some time strolling along the Seine River which twists and turns through the heart of Paris. Along its shores, you’ll find some of Paris’s most famous monuments including the Eiffel Tower and Notre Dame cathedral, but most boat tours such as the Bateaux Mouches and les Vedettes de Pont Neuf will cost at least 10 Euros for Adults.

If you decide to explore more of Paris’s waterway system, consider Paris’s canals, and in particular the Canal d’Ourcq which flows into the Bassin de la Villette in Paris’s northeastern sector.

Thanks to the ambitious extension of the Paris Plages/Bassin de la Villette program, Paris’s northeastern sector is becoming the locale for plenty of free (and almost free) summer fun. The weekend boat shuttle system which begins at Bassin de la Villette includes stops in some of Paris’s satellite centers including Bobigny, Pantin, Parc de la Villette and Noisy/Bondy.

The Seine/Saint Denis tourism board inaugurated the 1 Euro summer weekend boat shuttle tour to celebrate the bicentenniel of the Ourcq Canal. The canal was built during the Napoleonic era (1808) to bring coal, grains and potable water into the city center. Nowadays, the canal serves as scenic getaway for city dwellers with bike paths and space for rollerblading, not to mention kayaking and canoeing possibilities around the Bassin de la Villette, site of Paris Plage II.

Also, the Festival de l’Ourcq is yet another way to appreciate the canal with plenty of cultural and musical events extending to September this year.

Although you may not have enough time if this is your visit to Paris to explore this less touristy section of the city, you’ll want to keep this locale in mind, especially for future family trips. 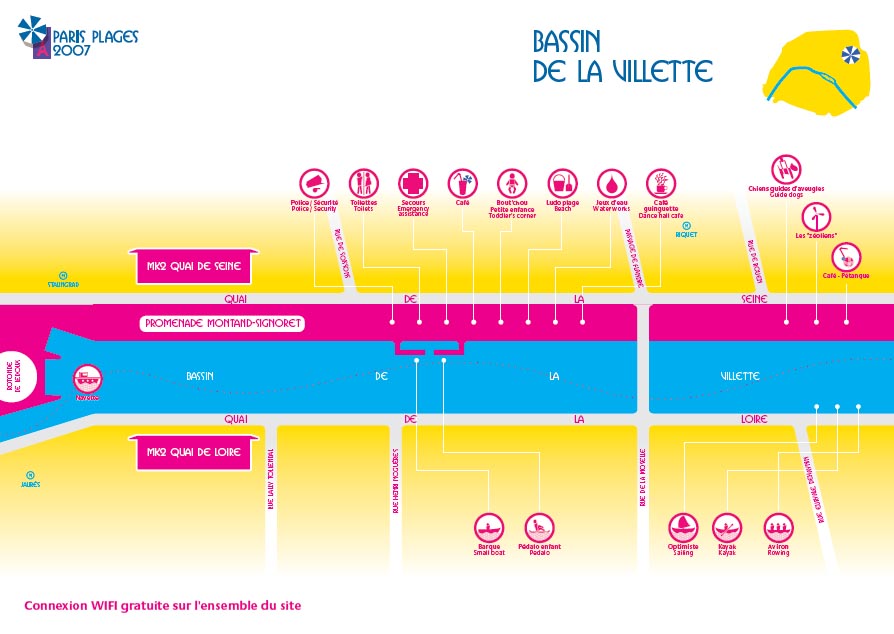 Paris’s northeastern neighborhoods are getting better every day.