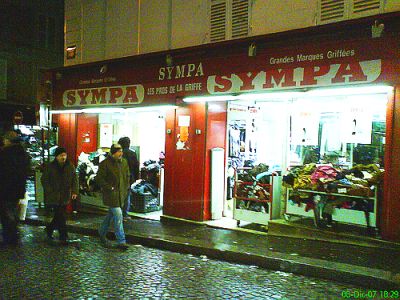 It is certainly no secret that Paris is one of the fashion capitals of the world. The center for many worldwide major fashion houses and the home of so many fashionable and always impeccably dressed people, many visiting Paris are interested in picking up a few great items for their wardrobe while visiting the fashion forward city.

However, since most of us cannot exactly afford to march into Luis Vuitton or Yves Saint Laurent and stock out suitcases with new designer duds, many travelers will probably looking for cheaper clothing stores where they can still pick up some great fashions without spending more than they did on the entire trip.

While living in Paris on a tight budget certainly effected where I went shopping, it was not about to stop me from shopping altogether. Not only did I want to pick up some great items to look as fabulous as my French counterparts when walking the streets, but I also wanted to return home to the U.S. with a wardrobe full of Parisian clothes I was certain none of my friends would also have.

>>Read more about shopping in Paris

Where to find cheap clothing stores in Paris

Keep in mind, that in general, where you shop will effect the pricing inside the stores. From a shopper’s perspective, Paris is divided into broad sections where stores of the same trade (and often price range) will congregate.

You will also find many of the larger, chain cheaper clothing stores like Mango, Zara and H & M located near the Opera in the 9th arrondissement (the large department stores Galleries Lafayette and Printemps are also located here).

Save money and shop during the sale seasons 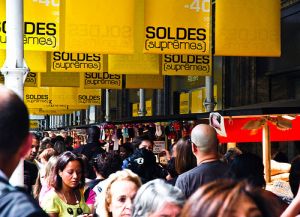 Unlike in the U.S., where you are bound to find a multitude of things on sale on any given day in any given store, this is not the case in France. Sales in France are tightly regulated. There are two sale seasons per year, one in summer and one in winter. The start dates of these sales changes each year, but usually start at the end of January and at the end of June and last for 6 weeks.

One of the best places to find screaming deals on everything from a set of plates to a new pair of shoes are the flea markets of Paris. While these flea markets are certainly full of antiques, there are also vendors here who sell new clothes for practically nothing. Here you can find simple house dresses for a few Euros, or a t-shirt for less than your croissant cost for breakfast.

Designer depots in France are much like high-end consignment shops. While some may raise their noses and scoff at the idea of buying used clothes while shopping in Paris, these designer depots are actually treasure troves for great bargain finds on sometime really exceptional pieces of clothing.

The Designer Depots in Paris tend to be run and operated by fashionable Parisian ladies who make most of the decisions about all the items that come into the store. These are not Salvation Army or Goodwill kinds of places, where anything anyone donates ends up the rack. These are the kind of places where ladies bring clothing they no longer wear, are paid for the item and everything is hand selected (this also of course means that your tastes will align better with some Designer Depots than others).

These stores are actually a great place to find designer duds at hugely discounted prices. A Chanel top that’s only been worn a few times. This is where couture items from the rich and famous ladies get dropped off after they’ve been worn only a few times.

You can also find some great bargains at these department stores during the annual “soldes” or sale periods in France. 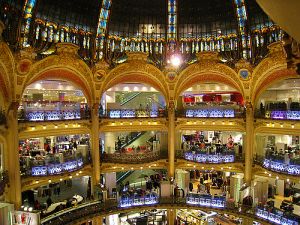 Located on the Boulevard Hausssamn in the 9th arrondissement, this giant Paris landmark is full of everything from designer handbags to some great, discount brands and finds. You will often see vendors selling discounted merchandise from the store on the sidewalks surrounding the entrance, which is a great place to find some of the greatest bargains in the store.

Located next door to its giant rival the Galleries Lafayette, in the 9th arrondissement on Boulevard Haussman, Printemps is another giant store where you’ll find everything from designer items to cheaper bargain finds.

This was my long-time favorite department store in Paris. Located just across the river from Ile de la Cite in the heart of Paris, Le Samaritaine rooftop café offered spectacular views of the city. Like the other department stores, prices ranged from designer pieces to more affordable non-brand name items. The Samaritaine has been close for several years due for remodeling (apparently there was some sort of major “security issue) and is scheduled to re-open in 2011.

The only department store located on the Left Bank (7th arrrondissement), like it’s name would suggest (which means “the good deal”) Le Bon Marche has even better prices than at the other department stores of the Right Bank. Once again, you’ll find everything from high-end items )with prices to match) to some affordable items. There is also a great roof garden with adjoining food hall, which makes it a lovely place to take in lunch after some shopping. 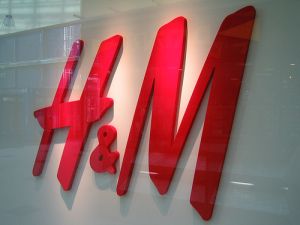 Even though H&M is a Swedish brand and their stores can be found all around the world, I always found that the H&Ms in Paris always seemed to have a little better and different selection. There are several H&M’s scattered around the city, including one near the department stores on Boulevard Haussmann in the 9th arrondissement and near rue Rivoli.

Mango proclaims itself to be “fashion for the young urban woman” and I often found myself scouring the racks of this store for cute, simple items that didn’t cost a whole lot. In fact, I had a favorite pair of jeans I purchased from Mango for just €30 that I wore until they were faded and developed holes in inappropriate places. There are several locations around Paris.

Although a Spanish store in nationality, Zara is full of cute, trendy clothes at cheap prices. I have a a brown peacoat I bought at Zara during the winter of 2005 when I lived in Paris that is still my standby winter coat today. There are many locations around Paris.

If you are really looking to super discounted clothing items, Les Magasins Sympa Grande Marques is a chain of stores in Paris that sells designer items from Etam, Naf-Naf, Kookai, Printemps and other stores for next to nothing.

While these stores don’t exactly have nice displays of outfits ensemble or make for a particularly pleasant shopping experience, it is where you can find good name-brand clothes for not a whole lot of money. Just be prepared to elbow your way through people to riffle through bins of these clothes that have been haphazardly piled to sometimes mountainous proportions.

There are also no dressing rooms, so be prepared to get some ill-fitting clothes and know your European dress size before you arrive.
There are 3 Sympa locations in Paris: