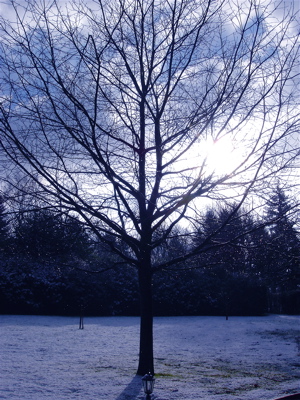 Photo by Chris Card Fuller ©2008
If you’re really lucky, once in a blue moon, you might get to see it snow in Paris. An endless expanse of white against the phantom shadows of winter branches – not unlike cinema in black and white. Cedric Klapisch is more than lucky with his newly released film Paris (which is currentlyl showing in Paris as well as the Lincoln Center in NYC through March 9th, 2008). He knows how to capture the mundane events of everyday life and discover the sublime. Isn’t that the artistry of directing? Any truly great director has committed him or herself to a clandestine agreement with the viewer. “What I have to show you will stay with you for the rest of your life.”
Rarely do snowflakes settle long enough onto the Parisian landscape to leave a lasting impression, and likewise, only on the brink of death does one truly begin to savor and register the myriad details of your hometown. When one’s hometown is Paris, there’s so much to lose – that one can go almost crazy trying to absorb every nuance. So discovers Pierre (Romain Duris) – a young Parisian, handsome – elegant – energetic – and possibly about to die.
Just as rare as snow in Paris are the moments when Parisians who brush by one another every day – end up connecting.
Paris, Cedric Klapisch’s tribute to the city and its residents who grapple with love and death, aging and dignity, beauty and the ‘vulgarisation’ of beauty, is on one level the story of several people’s lives who cross in unusual ways. Not an uncommon plot these days, i.e. Babel – and other recent ‘slice of life’ films about Paris. 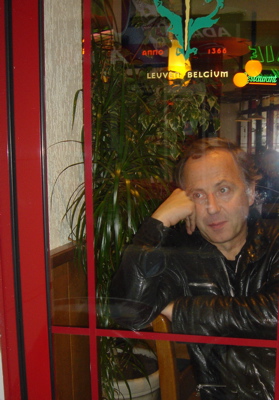 Photo by Chris Card Fuller ©2007
But with its knockout cast: Juliette Binoche ( who plays Pierre’s (Romain Duris) sister, Elise), Fabrice Luchini as the history professor Roland Verneuil, his muse Melanie Laurent, Karin Viard (the baker) and more fine performances, Paris is less interested in the bold statements of monuments than the fleeting moments or images one is so likely to miss in daily city life. A traffic jam for one person is a tragedy for another. Or a traffic jam for one person can be borrowed moments of life.
Paris takes typical locales, a marketplace a university classroom, a bakery, Rungis wholesale market, a Paris flat in the 18th, and immediately draws the viewer past the veneer (into the daily tragedy). A particularly judgmental, and exacting bakery owner harangues her employees while she fawns over clients simultaneously. A Paris market is the backdrop for Pierre’s sister’s courtship with a fruit vendor. The claustrophic Catacombs pushes a history professor to recognize his grief over his father’s death. Notre Dame’s image on a postcard is the talisman that an African immigrant carries with him during his dangerous voyage from Cameroun until he finally arrives safely in front of the cathedral’s portals.
For a Paris visitor, this film opens up parts of Paris that one may never see during a short trip – and that is also one of the themes of the film. Early on, we meet a documentary narrator who is trying to convince the history professor (Fabrice Luchini) that by participating in his documentary he is practically doing a public service. He’s sharing Paris’s cultural heritage with the world. The professor demurs and complains of the ‘vulgarisation’ of culture as a herd of tourists tramps by. But when the filmmaker mentions the ample compensation for the professor’s efforts – he takes the bait.
So, once again, Paris prostitutes itself – or so Klapisch insinuates. Next we find Luchini gliding through the exquisite Hotel de Lauzun (which Parislogue readers will remember from our visit with Marc Soleranski)! And finally the Catacombs where he practically suffocates with angst.
For those of you who may be Fabrice Luchini fans (I am unabashedly one of them) his courtship dance which brings on the hilarity of his student/muse ranks with Travolta’s Saturday Night Fever as a seventies’ time capsule whirl. Too funny for words.
Some reviewers have suggested that Klapisch bit off more than he could chew – too many vignettes are woven together to allow and some characters inevitably get short shrift. I would have to agree that the enormity of this task ultimately demanded more time for each story.
In total, we have the story of Pierre and his heart condition, his sister and her courtship with the market vendor, the market vendor’s ex-wife who dates one of his colleagues, the professor and his student muse, who has another boyfriend, and a distant admirer (Pierre who watches her from his window), the professor’s architect brother and his ‘normal’ life, the top model and her African swimming coach, and the bakery employee and her apprentice.
There are enough plots here for the making of a mini-series but probably too much for the film’s current length (how much was edited out, I wonder?) Maybe the success of Bollywood films will encourage more film directors to edit less and allow for longer intermissions.
None of these details detract from the integrity of Paris. See it and hope that one day you too will see snowfall on Paris.