Budget Hotels in The Latin Quarter 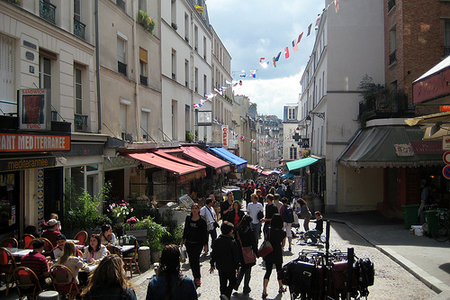 Although the student-centric Latin Quarter in Paris may not be as full of bargain basement lodging deals as it used to be, it’s still an excellent place to base yourself for a Paris vacation. And you can find budget hotels in the Latin Quarter, too – as long as your idea of “budget” includes hotels that charge between €100-130 a night, depending on the season.

Most of the hotels I’ve listed here are what I’d call “budget hotels” (typically under €130 per night, depending on the season), but there are a couple options below which are either super cheap or a little bit of a splurge. There’s one hostel in the Latin Quarter that’s on this list, and there are a few hotels on the higher end of the range as well, in case you’re looking for something a little bit beyond the usual budget hotel.

Budget Hotels in the Latin Quarter

Budget Hotels in the Latin Quarter

There are 38 rooms in the hotel, each individually decorated and with a private bathroom. The rooms are air conditioned and have satellite TV and WiFi access, and there’s also internet access available in the lobby. Breakfast is included with the room.

There are 59 rooms in the Hotel Europe Saint Severin, all of which feature private bathrooms, satellite TV, air conditioning, and WiFi access. There’s a restaurant at the hotel, and some of the rooms overlook a private interior garden.

Hotel du Pantheon
19 place du Pantheon – 75005 Paris
The Hotel du Pantheon is aptly named, as it faces the famous Latin Quarter landmark. The 18th century building housing the hotel was totally renovated in 2001, and the hotel is decorated in a light and cozy French country fashion.

The entire hotel offers free WiFi and is entirely non-smoking. Room prices can definitely skyrocket in the high season, but this is a bit of affordable luxury if you time it right. Breakfast is available in the hotel for an additional fee.

There are 36 rooms in the 2-star hotel, all of which have private bathrooms, cable TV, and WiFi access. The hotel has a lovely modern lounge bar, and a bright and modern breakfast room. There is an additional fee for breakfast, which you can also take back to your room.

Hotel Des Trois Colleges
16 rue Cujas – 75005 Paris
The Des Trois Colleges hotel is roughly between the Pantheon and the Jardin du Luxembourg, making it a great location from which to explore Paris. The 2-star hotel occupies an 18th-century building which has been nicely renovated.

There are 44 rooms in the hotel, all of which have private bathrooms, air conditioning, flat screen satellite TVs, WiFi & internet access, and soundproofed windows. The rooms on the upper floors overlook the Sorbonne’s chapel and the Pantheon.

Hostel in the Latin Quarter

This hostel is open 24 hours a day, so you don’t have to worry about a curfew, but there is a midday lockout period for cleaning. Breakfast is included with the price of the bed. Bed linens and towels are not included, however, so you’ll need to either bring your own or rent them at the hostel. There is internet access available for a fee.

The Five Hotel
3 rue Flatters – 75005 Paris
As you might expect from a Parisian hotel with a name like “The Five Hotel,” this is no old-world establishment. It’s a boutique Latin Quarter hotel that’s been renovated with completely modern decor dominated by red, black, and white – and some of the rooms are designated by their bright color themes.

The hotel has an elevator, and the entire building is covered by WiFi access. There are only 24 guestrooms, and the staff is particularly attentive. The rooms feature free WiFi, air conditioning, and satellite TVs. Breakfast is available for an additional fee.

There are 35 rooms in the hotel, all of which have private bathrooms, air conditioning, TVs with international channels, and WiFi access (for a fee). There is an elevator in the hotel, and a breakfast buffet is available every morning for an additional fee.

There are 44 rooms in the Hotel California Saint Germain, including 5 singles, and all rooms have private bathrooms, air conditioning, and cable TV and are individually decorated. Breakfast is available for an additional fee, and you can wind down at the end of the day with a drink in the hotel bar.

original photo at the top by wallyg