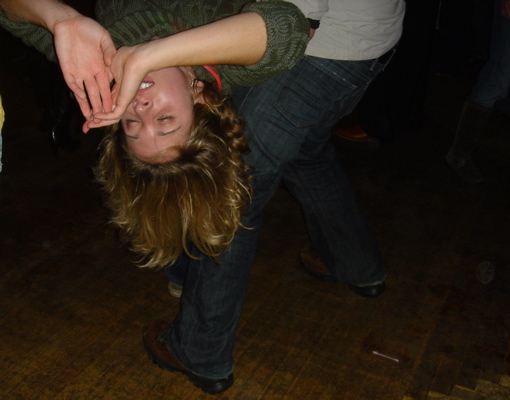 Although you may not have made it to this year’s Bootsnall 10th Anniversary Party this past weekend, put the annual December party on your calendar for next year! It’s definitely worth the flying time from Paris to Portland, Oregon for a multitude of good reasons. 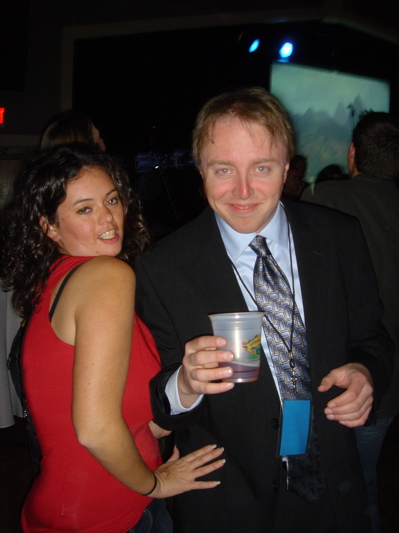 This year’s party was particularly memorable because ten years is a mighty impressive landmark for this independent travelers’ website resource. Bootsn’all.com is a unique community – and if you haven’t already visited the site, I encourage you to visit and consider becoming a member. You don’t need to be a world traveler. You don’t need to be fluent in English (but it helps to be able to read English!). There’s no membership fee and no gimmicks. The only requirement is a sincere interest in traveling which you’re eager to share with other like-minded people.

You’ll find on the Bootsnall website well-crafted travel stories, round-the-world blogs, tons of travelers’ comments about their experiences – either as backpackers – or simply frugal tourists. An entire message board is devoted to travel within Europe.

Why Go Paris wouldn’t exist today in its present form if it weren’t thanks to the Bootsnall team in Portland, Oregon with Sean Keener and Chris Heidrich at the helm– as well as a lot of effort behind the scenes thanks to Mika and Roger to constantly improve the site. Over the past year, Jessica (Why Go Italy) has contributed plenty of great content to the Why Go Paris site and Julie can direct you beyond Paris’s city limits to explore the rest of France at Why Go France.

Those of you who’ve been following Why Go Paris since its debut as Paris and Beyond (parisblog.org) back in 2003, and subsequently, Parislogue in 2005, know that our goal has always been to provide readers with some insights about everyday life in Paris on a practical as well as a philosophical level.

Back in 2003, there weren’t many English-language travel blogs about Paris. Since then, the Paris blogging community has blossomed. Whether you’re an expat in Paris, a first-time visitor who wants to squeeze as much as possible out of a three-day visit, or an armchair traveler, I hope that Why Go? Paris has offered you a tantalizing taste of what Paris has to offer. You will soon discover that one trip is never enough!

About Parisgirl
Although I’ve been spending time in Paris since the 1970s, I’ll be the first to admit that getting to know Paris is a life-long process. For me, writing about Paris is comparable to being a chocolate addict asked to test various chocolates.

In the past, I’ve written travel stories for US and French newspapers about South Africa, Uganda, Nepal, the Silk Route, Mali, upstate New York, and China’s Yunnan province. I’m probably one of the few writers who’ve dared to write a book using ‘Fearful’ in the title rather than ‘Fearless’.

Paris is a great place to begin one’s world adventure – and a great place to wind up a round-the-world trip. Those of you who are already Bootsnall members know that I’m here to be your ‘Insider’s guide’ to this great city.

Likewise, for those of you readers who are already Paris residents, I really must encourage you to put Portland, Oregon on your ‘must-see’ list if you’re considering a trip to the US. Although, Air France has yet to create a Paris to PDX direct flight – one can only hope that this may someday become a reality. Portland is an example of the best that US cities can be – excellent public transportation – great infrastructure – natural beauty (Mt. Hood) and – a extremely important regional specialty: Beer. 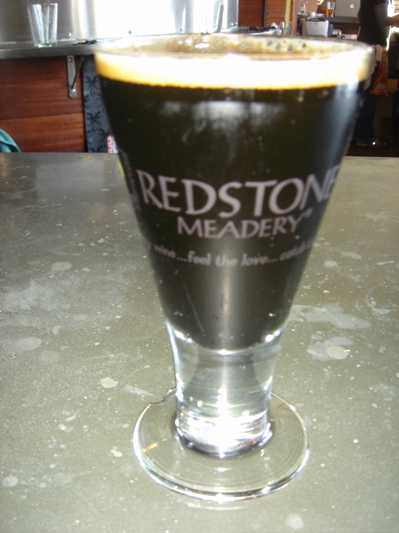 Parisgirl is not ashamed to admit that during the entire weekend she did not touch a drop of wine – as much as I love wine, be it French, Californian, South African, Italian, or Crimean. Certainly, Parisian wine lovers are familiar with Napa valley wines, but consider taking a beer brewery tour in Portland and you may find yourself extending your trip. I had to tally up the names of the beers that were on hand at Bootsnall.com’s welcoming Friday night ‘rum cider’ happy hour (not all of these beers were Oregon beers but it will give you some idea of the vast repertoire that awaits you) for next year’s party:
Widmer Heffenweisen (which we tasted during the free brewery tour)
Newston’s Folly
Rooster Tail Ail
Inversion IPA
Ninkas Oatis
Tricerahops
Double IPA
Red Thistle Ale
Bachelor ESB
Leinen Kugel’s Fireside Nut Brown (Wisconsin)
Jubelale 2008

BNALL members came from as far as South Africa and Zurich to attend the event – and the party was open also to non-members. With an open bar and a raffle for a free round-the-world trip, not to mention some brilliant DJing by Roger, all the elements were there for a memorable evening.

Author Rolf Potts was on hand to autograph his book ‘Vagabonding: An Uncommon Guide to the Art of Long-Term World Travel’ – and for those of you who couldn’t make the party, Rolf will be in Paris this July to teach a travel-writing course at the Paris American Academy .

Looking forward to seeing all of you next year! Mark your calendars. Cheers!