Beautiful Parisians and their Neighborhoods

Continuing in my efforts to find the good-looking Parisians and their neighborhoods, I can tell you this. Certainly each neighborhood has its fair share of attractive people. Over the weekend, we attended Marc Soleranki’s walking tour of the Passages de Paris (9th arrond, 1st arrond), and my husband swears that he had trouble not bumping into some of the most gorgeous women in Paris.
“You know they (the attractive women in these passages) they don’t even SEE us (the foreign tourist)” 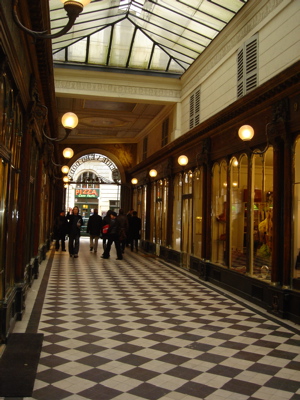 I have to admit I was too intent on Soleranksi’s evocation of 19th-century Paris and the famed passages (Jouffroy, Panorama, Verot-Dodat, etc) to pay attention to the passing scenery.
Nevertheless, I am adding here a few more photos of ‘les plus beaux et les plus belles’ residents of Paris neighborhoods. Of course, this is an entirely subjective selection – you may agree or disagree.
Boulogne Billancourt 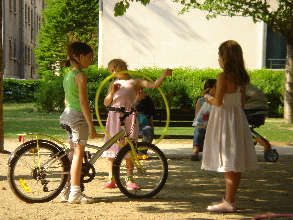 Many Parisians who work on the Right Bank commute to neighboring Boulogne which is just on the opposite side of the ‘Periphe’ still considered part of the Paris Metropolitan Area but not the City of Paris. Eric and Lila both work in the 16th arrondissement. Camille is learning to walk. 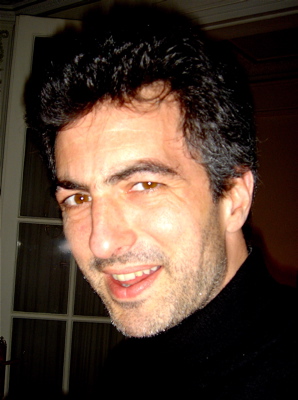 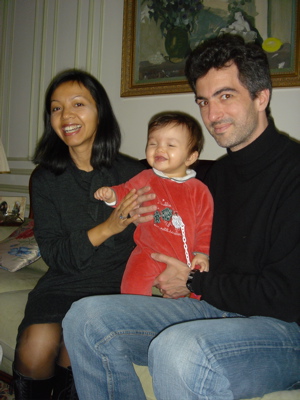 Eric, Lila and Camille
Photo by Chris Card Fuller ©2008
Boulogne Billancourt has one of the lovliest parks outside of Paris – Parc Albert Kahn which includes an equisiite Japanese garden. Albert Kahn Museum also houses an impressive photo archive of 19th century photos from around the world.
Issy-les-Moulineax 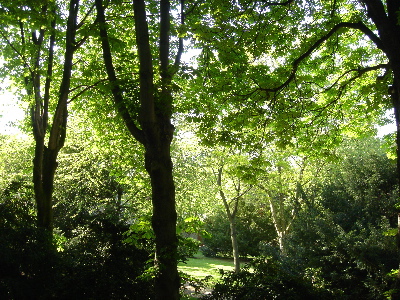 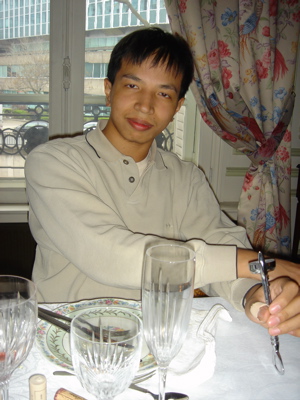 Nicolas
Photo by Chris Card Fuller ©2008
You can reach Issy-les-Moulineax by taking the Mairie d’Issy line to its terminal – the Issy Town Hall. Issy has retained its village atmosphere and its mayor, Mayor Santini is well known in French politics. Don’t be surprised to bump into him in some of the local restaurants or bakeries. He is an active participant in local town-sponsored events.
Nicolas will be the first to protest that he isn’t ‘le plus beau mec’ d’Issy-les-Moulineax’ but as I said this is a subjective selection.
Rue Daguerre (14th arrondissement)
Metro: Denfert Rochereau 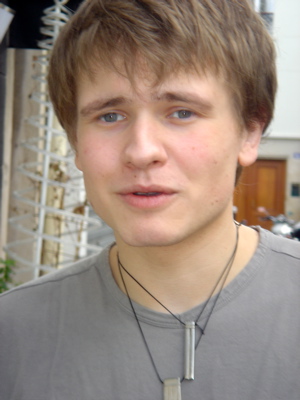 Luther
Photo by Chris Card Fuller ©2008
Film director Agnes Varda made Rue Daguerre even more famous with her film ‘Daguerrotypes’ but anyone who appreciates a good market, regional products, wine bars, and the ‘village atmosphere’ within a big city, will want to return again and again to Rue Daguerre as we do.
Yesterday we met Luther, practicing his juggling. Next time will stop into the Restaurant/Bar/ Tea Salon “Le Quinze” or ’15’, at 15, Rue Roger to say ‘hello’.
You might find my photo selection a little slanted more toward male than female. That doesn’t mean that there was any dearth of possibilities for photos of beautiful Parisian women. Right here in Montparnasse, if you open your eyes, particularly as the work day ends or the lunch hour begins, you’ll see plenty of attractive women on the streets. But this is a very busy city and both Parisian men and women are usually either on a cell phone or in a rush to get to whever they’re going. So these are my excuses for not having a more well-balanced ‘photo gallery’. This is a work in progress. Needless to say, there are all of 20 arrondissements to cover plus the neighboring towns where many Parisians live. 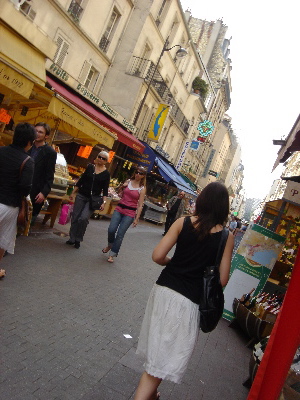 Rue Daguerre
Photo by Chris Card Fuller ©2008
Whatever neighborhood you choose as home base for your Paris visit will certainly provide plenty of beautiful ‘walking scenery’ to be enjoyed as you sip your cafe, kir, or hot chocolate.