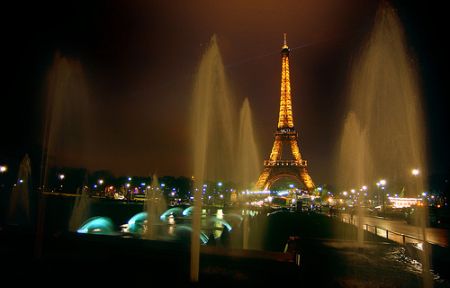 I am one of those lucky people who knows enough people in Paris that I have never actually stayed at a hotel when visiting the City of Lights. Thanks to ample family members still living in Paris (my grandmother is Parisian) and to some friends I made when studying at the Sorbonne, I always have a spare room or couch to crash on when I come to Paris. In a city that is notorious for expensive hotel rooms (you’ll probably spend at least €100 for a mediocre hotel in a decent location), I am always happy to spend those dollars saved on a hotel on wine, pastries, three-course meals and shopping instead.

However, not everyone is as lucky to have friends and family in Paris eager to take you in and not make you pay for a hotel room. That being said, now is actually a great time to find a killer deal on a cheap hotel in Paris. Because August in Paris is when many Parisians flee the city, you’ll want to keep in mind there may be a few more closed stores/museums/restaurants, but you’ll also be able to relax on the beaches of the Paris Plage, which is a man-made beach that graces the banks of the Seine every August. August can be on the hot side as well, but the weather tends to be sunny and beautiful, making it the perfect month to sit for long hours in the parks or at sidewalk cafes sipping an aperitif and watching Parisians stroll by.

While Paris may be low on locals in August, there are also some screaming deals on hotels during the month. Tablet Hotels is having a great last-minute deal on their hotel in Paris starting at just €129/night. While that may not sound especially cheap to you, remember that Paris is a city where the hotels are never cheap (unless you stay in a dump), so being able to stay in a chic and beautiful hotel in a prime location in Saint Germain de Pres on the Left Bank for just €129 is a steal of a deal.

Hotels are not the only way you can save money on a trip to France right now. While fares to Europe are up more than they were earlier this spring, they are still down as much as 20% from this time last year. A search for the best deals on flights to France this morning showed that fares are hovering just at/around $600 round-trip from New York, which is considerably less you would have paid this time of year just two years ago.

If you are hoping to visit Paris as part of a larger European tour (as so many Americans and other non-European travelers tend to do), it is also super easy to get around for cheap once you are there. With discount airlines like Ryan Air and Easy Jet flying into a ton of different airports and destinations all over Europe for just a few Euros, it is not hard to hop from one place to another without emptying your bank account. Getting UK domestic flights can be a great way to explore the Emerald Isles before or after hanging out in Paris and perhaps wine tasting in the French countryside.

Of course, any western European itinerary should absolutely include a stop in Amsterdam. While the city is best known for its Red Light District and Coffee shops, Amsterdam is a beautiful city with a ton of great things to do and see beyond prostitutes and pot smoking. All you’ll need is to peek around the great Amsterdam guide to get ideas on all the must-see attractions, read up on coffee shop etiquette (just in case you decide to sample some of the local specialty)