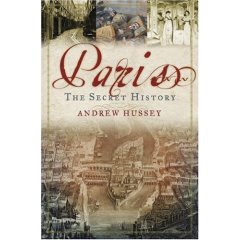 Nabbe lent me the book ‘L’Enfant Noir’ by Camara Laye and I learned that this was a city in which one could die of sadness – or of hunger, cold, or neglect. My roommate hated the city (she was from Bordeaux) and she used to keep the shutters closed so she wouldn’t have to look at the gray streets. She left. Nabbe left. Many left.

Yet, I stayed. Or rather, I left and then returned. I was curious. My curiosity has never been completely satisfied.

In Paris: The Secret History, Andrew Hussey describes Paris as a city all too often concerned with image and illusion, from the huge mirrors that gleam in every cafe to the endless reflections in the shop windows and on the great boulevards,” but I think Paris is also an enigma for visitors because one never easily gets past the mirrors. So, what is the essence of Paris – once you get past all the uncomfortable images of being a foreigner in a decidedly chic city where street bums shake their heads in dismay when you decide to get your hair braided?

Paris is a city that reads – and if you want to get to know Paris, you must read. And I can think of no better place to begin than with Andrew Hussey’s ‘insider’s’ history of Paris, Paris: The Secret History. Most guidebooks will give you a thumbnail Paris history which is similar to memorizing a catechism lesson i.e. ‘The arrondissements of Paris resemble a snail shell’. But, whether he’s describing Gaul Postumus (258 AD) or a contemporary observer such as novelist Houellebecq, author Hussey has a flair for bringing us all – reader and observers – into the same living room (or salon, if you prefer) for a casual chat about Paris.

This is one book that I will have great difficulty returning to the library (but I will).I plan to immediately buy a copy to ‘have and to hold’ for a long time. How this book differs from your typical ‘history of Paris’ is described on the bookflap:

“Andrew Hussey reveals the story of the City of Light from the point of view of the Parisians themselves: the working classes and the criminals, the existentialists and insurrectionists, the street urchins and artists, the propagandists and prostitutes.”

But the book flap doesn’t really do the book justice. Hussey has gone far beyond gathering a historical account from the perspective of various residents. He has, in fact, wrenched out some of the greatest paradoxes and – dare I say this – unveiled some of the ‘mystery’. What happens when you take the mystery out of Paris, after all? Does anybody really want to know? I guess I did. The mystery of Paris simply ends upon being replaced by some of the mystery of how its residents present so many paradoxes – for example how can author Houellebecq described by some as ‘a sex-obsessed libertine’ suggest that the liberal values of the 1960s are the source of the current moral and cultural chaos – and that sexual freedom is impossible.

Hussey summons the poet Jean de Boschere to show the way: “The real history of Paris is visible in the streets as the endless play of polarities between ‘light’ and ‘obscurity’. Hussey adds to this theme: “The history of the city has also been made by the movement between the abstract space of state and government control, and the real, inhabited space of the dreamer, the dissident, the subversive, the agitator. Paris has literally been made by the dynamic interplay of ideas and desires.”

Here is Hussey’s suggested walk itinerary through modern day Paris:
“Begin at the corner of Rue d’Oran and Rue Leon in the 18th arrondissement. Head toward the city centre. At any point, depending upon the angle of your vision, you could be in Casablanca, Algiers, Dakar, Tirana, Beirut, or the backstreets of Bucharest. But you always know that you are in Paris – in the long, grey Hausmann streets, or the cobbled alleys, or the back lanes with their medieval curves and edges; you could never really be anywhere else.”

If there is one book that you need to read to begin to satisfy your curiosity about Paris, this is it!