An Invitation to the President of the French Republic’s Office

Once a year, you get a chance to look at where the president of the French Republic gets to start his work day. Thanks to the Journees du Patrimoine, those of us who don’t have the privilege of being within the inner circles of power get to sneak a peak at rooms that we only see occasionally on television. Each year, during the second to last weekend of September, you can brave the lines visiting the Elysee Palace where current president Nicolas Sarkozy resides – or you can choose from a vast list of governmental buildings that would be normally off limits for tourists. 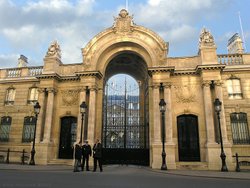 It’s almost worth planning a trip to Paris to coincide with cultural heritage dates because not only are normally closed-to-the-public buildings open for discovery, but many of the museums will offer free admission.

Originally the palace built for Marie de Medici, reminiscent of the Pitti Palace in Florence, this is the workplace for France’s senators. You won’t want to miss the library ceiling fresco painted by Eugene Delacroix. Also of interest is one of Napoleon Bonaparte’s chairs where politicians are said to gravitate for ‘inspiration’.

Although these are two of the big pulls for Heritage Day, keep in mind the myriad of hotel particuliersor elegant aristocratic townhouses that often serve as governmental offices or foreign embassies.

Aside from beautiful examples of 18th to 20th century architecture, other aspects of Paris’s heritage might pique your interest – for example a tour of the city’s medieval aqueduct system. 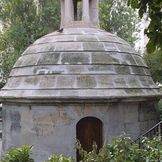 Le Regard de la Lantern (Sources du Nord) is located in Paris’s 19th arrondissement at the angle of Rue Compans and Rue de Belleville. This is the most important vestige of the aqueduct system which supplied Parisian fountains in the 1500s. A guided visit to the interior of this stone carved dome reveals two staircases that lead down to the water run-off basin.