All thumbs and breasts: Cesar! 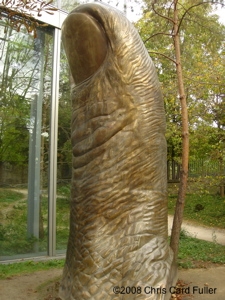 “The life of an artist is marked by what he extracted from his time because he made us see and then look at what we failed to identify.” Jean Nouvel

“This is what you mined from the depths of the 20th century, a century that wasted away in steel, questioned the dimensions of man and universe and played God with unidentified and chemically modified materials.” Jean Nouvel

So, writes architect Jean Nouvel in his tribute to Baldacchini Cesar, part of the temporary exhibit at the Cartier Foundation (which will be ending this weekend, October 26, 2008).
It’s no accident that Cesar’s conversation compelling sculptures of gigantic thumbs, monstrous breasts and garish compacted cars should find its way to the Cartier Foundation. Designed by Jean Nouvel, this innovative museum is the ideal indoor/outdoor setting for monumental sculpture. Cesar’s huge thumbs planted temporarily among trees could be mistaken easily enough for totem poles or phalluses. 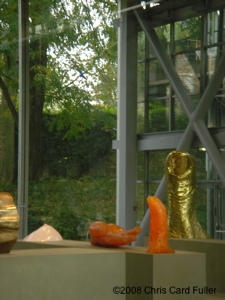 Whether you agree or disagree with constructing an anatomically perfect thumb in larger-than-life proportions as being ‘sculpture’ or ‘art’ isn’t perhaps quite as important as the fact that Cesar’s works engender conversation. 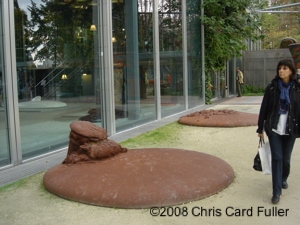 “We have plenty of these back in Normandy,” says one friend Jean-Pierre, referring to the series of ‘Expansions’ which, for all intents and purposes, look like huge, hardened cow paddies. However these ‘cow paddies’ are actually mixed or ‘sculpted’ from polyurethane foam. 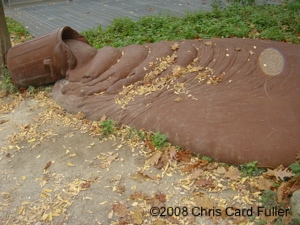 As for the larger-than life size breasts – they look more like volcanic mountains or Chocolate Kisses and surprisingly less female when magnified. 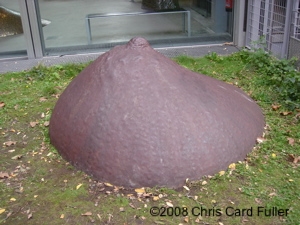 What’s the point? I’m not really quite sure, but maybe the artist is just asking people to think about body parts in a totally different way – much like a scientist. Which is probably why Cesar has been tagged as a member of the ‘nouveau realist’ movement. Unapologetic and in your face. Just like Impressionism in its day, the impact can be jarring to anyone who has been brought up on a diet of Thomas Kinkaid, for example. 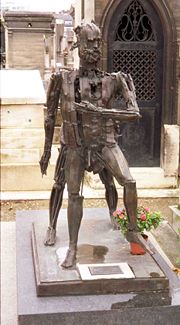 It’s entirely fitting that Cesar should receive this tribute in the Montparnasse neighborhood because his atelier/studio was located just down the street on Rue Gassendi, off of Rue Daguere. You can even visit his cemetery plot at the Montparnasse cemetery. However, one of his favorite watering holes was actually on the Right Bank. Jean-Pierre knows – because he was the bartender. “Cesar used to come in often. He was a little guy.”
Maybe that’s one of the reasons his sculpture was so big.

Seeing Cesar
Although the temporary show ends this weekend, October 26, 08, you can see one of Cesar’s thumb sculptures ‘La Pouce’ at the La Defense esplanade, Metro: La Defense. 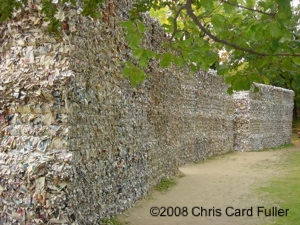 261 Blvd. Raspail
Metro: Raspail
Visiting the Cartier Foundation is a treat not only for the temporary exhibits, but also for the pleasure of visiting one of Jean Nouvel’s architectural feats. It is one of three museums, he’s designed: The Musee de l’Histoire et Culture Arabe, Musee du Quai Branly and la Fondation Cartier.