Airlines Flying Into Paris from US and Canada 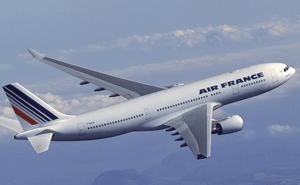 These are the major airlines flying into Paris from the US and Canada (not including charters and UK budget flights):
# Air France
# American Airlines
# Continental Airlines
# Air Canada
# Delta Airlines
# British Airways
# Lufthansa
# US Airways
# Air India

Is being squeezed into your seat like a sardine really worth the savings? Considering that the first seven to nine hours of your vacation to Paris begins with flight time, you may want to consider finding the cheapest flights, but also the best service between competing airlines. Given the current airport mentality – the flight passenger has been reduced to lab mice being run through mazes. We have almost forgotten that we are still customers who can make choices about airlines based on the quality of service. And, yes, you definitely have choices when it comes to flying to Paris.

In the past dozen years, we’ve flown on many of the major airlines providing service to Paris including the following:

Air France, United Airlines, American Airlines, Continental Airlines, US Airways, Air Canada, Delta Airlines and Lufthansa. In fact the only trans-atlantic air carriers that we haven’t tried are Air India and British Air. Air India is supposed to have some excellent values for their New York/Paris flight, but having never flown this segment, I can’t give you any first hand comments.

Here’s Parisgirl’s review of the pros and cons of various air carriers’ flights to Paris. Needless to say, everyone’s experience varies from flight to flight – so be sure to consult with other travelers before buying your ticket.

Air France is my favorite airlines for direct flights to Paris. The service is polite, professional and the food is good. A big plus is the free alcoholic beverages with meals – even for economy class. Although I’m not knowledgeable about planes, the Air France planes appear to be relatively new and usually comfortable – even in economy class. Lately, Air France has been offering more competitive rates for US to Paris flights. There are twos negatives about Air France flights: the fact that the US destination cities tend to be the busiest airports (such as JFK and Miami, for example), and secondly, Air France is subject to strikes (primarily in the spring or early fall. Although strikes rarely affect transatlantic flights, they can possibly slow down baggage delivery.

United Airlines has the advantage of flying into Dulles, Washington D.C. This is much more pleasant if you’re connecting to other eastern seaboard cities. Normally, United Airlines flights have been satisfactory (once you’re airborne, but due to understaffing (esp at LAX) the ground staff can be less than delightful. We won’t even go into whatever it is that they call ‘food’. Free wine for tourist class? Not a chance.

Aside from the drastic food rationing measures (compare UA flight food service to a 45 minute domestic flight in China, for example), how about the genteel procedure of allowing mothers with small children to pre-board?
“That’s not been around for YEARS,” stated one UA ticket agent.”

However in spite of the negatives and the sometimes downright gruffness of UA employees, I continue to fly United because their Mileage Plus air miles program is relatively user-friendly. Getting reward mileage tickets issued is easy. They also belong to the Star Alliance Round-the-World program which we’ve used twice.

Continental Airlines. I used to fly Continental because of their decent air mileage program. However, after having slept on the Newark airport floor in June of 2007 because of supposedly bad weather for a one hour flight to Rochester (after having flown in from Paris) and absolutely no chance of hotel accommodation (because it was weather), I have vowed never to fly on another Newark/Paris flight. There is no reason in the world to fly into Newark airport – unless you live in New Jersey. Continental is part of the Sky Team Round-the-World Air ticket program (That’s how we ended up on the June 2007 flight in the first place).

US Airlines. I used to fly US Airlines for their flights into Philadelphia and Pittsburgh. These are two pleasant places to land in the US if you need to make connections to eastern seaboard cities without the hassle of major hubs around the NY city area. Also, for many years the US Airline jets were smaller. For some reason, I liked flying overseas in a smaller jet. If you have flying phobias – you mind understand this seeming illogical preference. 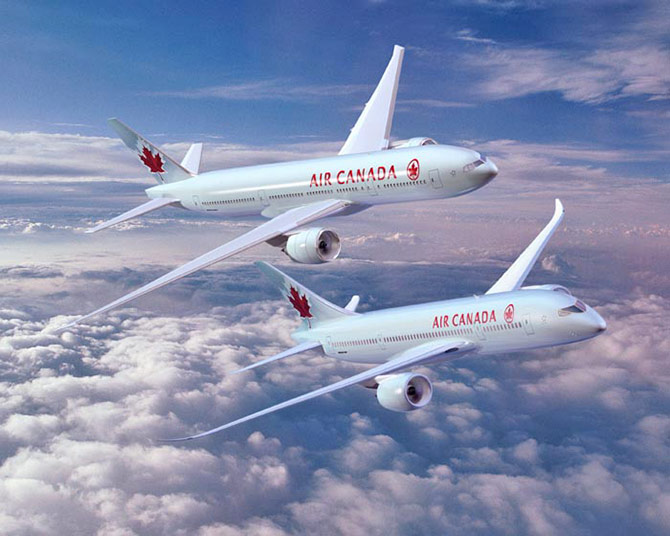 Air Canada. My most recent transatlantic flights were on Air Canada (Paris to Toronto) and United Airlines (Chicago to Paris).

You may not believe this, but Air Canada’s tourist class actually had several rows of empty seats on this November 28th flight (the Friday after Thanksgiving) – which meant having an opportunity to stretch out and sleep for several hours – plus – yes, FREE WINE in tourist class.

With a connection to LAX, I was actually able to go through Canadian AND US customs AT THE TORONTO airport. The customs people were polite, professional, and extremely efficient. No lines, no hassles.

I haven’t taken a Lufthansa flight for ages, and I’ve never taken a British Air flight to Paris, so I can’t comment on the pros and cons of these to carriers.

As you can see, choosing an air carrier doesn’t depend solely on price. You’ll want to choose a low traffic hub for easy connections – whenever possible. You may be forced to use one airlines over another because of air mileage programs or alliances for RTW travel, but if your decision boils down to looking for the best quality service and product – Parisgirl would recommend either Air Canada or Air France. (Any readers who’ve flown on Lufthansa, Air India, or British Air from the US and Canada to Paris are encouraged to share their opinions about service and food quality!