Airfare Deals to Paris for October 2009 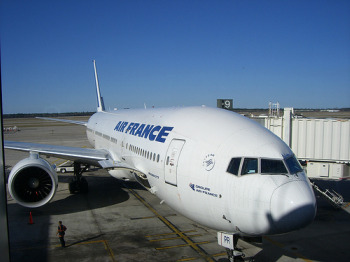 Even if you’re not following the in and outs of the travel news on a daily basis, chances are good that you’ve heard that things like airfare and hotel prices tend to drop after the peak European summer tourist season. Although Paris is popular with visitors year-round to a certain extent, you’ll still find that the same thing holds true – after the bulk of the tourists are headed home after their summer trips through Paris and the rest of Europe, the prices begin to dip.

September in Paris is still typically mild enough weather-wise (and sometimes even quite warm) that you won’t usually see as dramatic a price drop in September as you will later in the fall and winter – but that doesn’t mean you can’t start looking for Paris travel deals in September. By the time the middle of October rolls around (like right now), there are generally some good offers available on both airline tickets to Paris and vacation packages as well, although the best deals are usually for later in the winter.

I thought I’d take a look periodically at some of the best fares that are available from major airports (mainly, but not exclusively, in the United States) to give you an idea of the price trends. My searches aren’t exhaustive, but if you’re in the market for a Paris vacation this information is a good place to start.

These are the best prices I could find in mid-October 2009 for round-trip flights to Paris (actual travel dates vary, and all prices listed are in US dollars):