Airfare Deals to Paris for January 2010 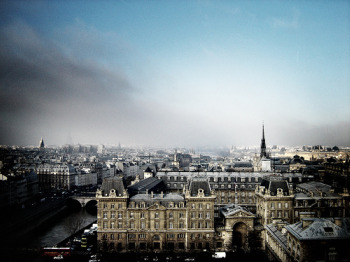 My holidays are always spent in the same way, and in the same places – but that doesn’t stop me from dreaming about being in a foreign land at least once during those holiday trips. Because who wouldn’t want to one day stroll the Champs-Elysees to look at the Christmas lights on all the trees, right?

Well, if you’re anything like me and you’ve got obligations around the holidays, then even the temptations of super low December fares aren’t going to be enough to get you to change your plans. The good news is that those lower fares spill over into January – so even if the holiday decor is down in the city of lights, it’s still much cheaper to visit Paris in the winter than it is during the high season.

These are the best prices I could find in December 2009 for January 2010 round-trip flights to Paris (actual travel dates vary, and all prices listed are in US dollars):

As expected, the lowest fares from the US to Paris are from New York – coming in at under $500 for January 2010, which is a good price. There are sometimes specials that make even that seem expensive, but paying around $500 for a round-trip ticket across the ocean is a pretty good deal all the way around.

Tickets from the west coast of North America to Europe are always higher (and this time, Vancouver in particular isn’t pretty), but oddly fares out of L.A. are higher than Portland for January. And if Portlanders like me have friends in Seattle, spending the night with those friends before your trip means that getting a flight from Seattle will save you even more.

The fare that stands out the most to me, however, is the one from Dallas to Paris for $552 – that’s not much more than it is to fly out of New York, and it’s from a far less common departure point for European cities. Those of you in Dallas, this is a great excuse to zip over to Paris for a January trip!

It’s absolutely worth looking around to see if there are any limited time offers going on – check on the big travel booking sites around the end of December or early January.