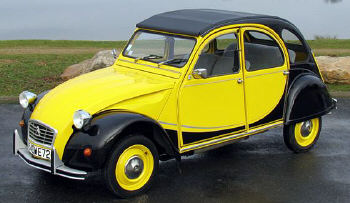 When it comes to automobiles, the Italians are world-famous for making cars sexy and sleek, and the Germans are well-known for their precision engineering. French car-makers, on the other hand, are primarily known for their inability make cars that anyone outside France would want to buy – and the Citroen 2CV is a perfect example.

Okay, so there are some French car manufacturers which have had some success outside France, but one look at the odd Citroen 2CV will tell you that automotive design is not a French strong-point.

The Citroen 2CV is one of those cars that’s so ugly it’s almost cute – and it’s got something of a cult following these days. It was in production from 1949 all the way up through 1990, a stunning 42 years. More than 9 million cars bore the 2CV design in that time, and you’ll still see these things on the roads today.

But many Citroen 2CV fans can’t leave well enough alone, and they’ve transformed their beloved 2CVs into something else altogether. Call it art, call it asinine, it’s certainly individual. And while you may not see these 2CVs on the streets of Paris, you may see the unmodified version – be on the lookout, and let us know what you’d turn your 2CV into. 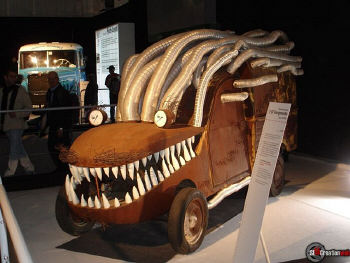 There really isn’t anything at all threatening about the 2CV. It doesn’t go very fast, and it’s certainly not going to make a Ferrari feel inferior in the looks department, either. But someone looked at this Citroen 2CV and saw a monster. So, they turned it into one. 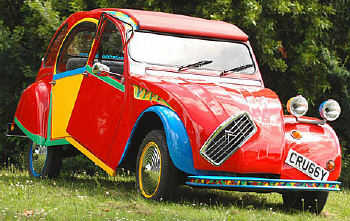 One man took his love for the Citroen 2CV to new heights when, in 2007, he unveiled this creation – what he imagined surrealist Pablo Picasso might have done if he’d designed cars. It’s part 2CV, part drug-induced nightmare, and there is certainly nothing else like it on earth. And believe it or not, it’s actually still driveable and apparently “can still reach 65mph.” The owner/creator was hoping to sell it to a modern art gallery like the Centre Pompidou in Paris, but I don’t know if he actually succeeded. You’ll find more information about the car here and here. 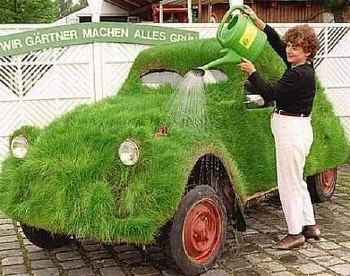 Because the 2CV got such good gas mileage when it was introduced, it was not only a cheap car to buy it was also relatively cheap to operate – making it ideal for post-war French citizens. But really, I think this woman is taking the whole “green car” concept a little far, don’t you?

As if the 2CV didn’t look utilitarian enough, someone has transformed their 2CV into a pickup truck. It looks quite like one of those pickups from the 1950s that you’d find in the U.S., actually, and not all that bad to me in this incarnation. 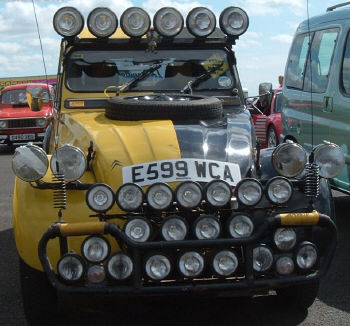 I’m not sure what all the extra headlights are on this 2CV, but I can’t help but think that the added weight of all those lights means the horsepower is being cut from two to one. Or maybe less. Can you have half a horsepower? Or is that just wrong? 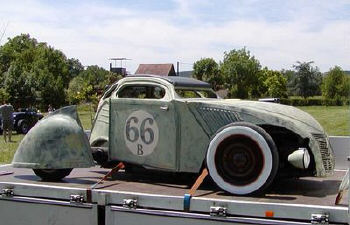 This 2CV is barely recognizeable anymore, but underneath all that extra hot rod gear, that’s the heart of a Citroen 2CV (the body, at least, though probably not the engine). The photos of this modification were taken before the project was complete, but already you can see the direction they’re going with it – the crazy direction. Find out more about the 2CV hot rod here. 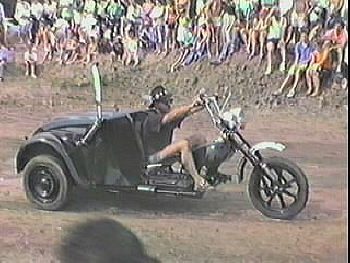 Here’s another 2CV you may not recognize – this one’s a motorcycle. And if you’re confused about where the 2CV is in the picture, the back wheels of the motorbike are the former front wheels of the car. Yes, that’s seriously creative thinking. 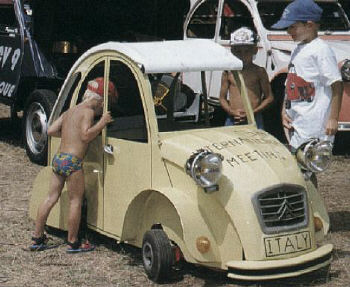 The creator of this little gem obviously wanted to get the kids involved in the fun; and while I can’t be sure if this is actually a modified 2CV (which I doubt) or just a few bits of metal glued together to resemble one, it’s pretty doggone cute either way. 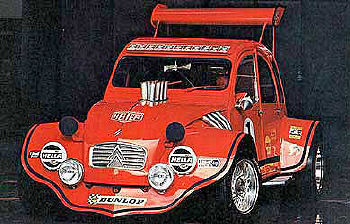 One of the trademarks (however unwanted) of the old 2CV was how slow it was, so it amuses me that someone has slapped a few racing stickers and – of all things – a spoiler on this one. The assumption here is that the engine has been replaced with something a bit more powerful, but you know what assuming does. 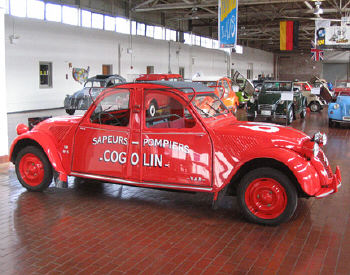 What’s better than one 2CV? Why, two 2CVs, of course! And instead of having two, why don’t we combine two to make one? Wouldn’t that be awesome? Well, I’ll let you judge for yourself. 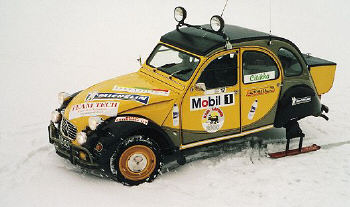 Anyone who’s formed as much of an emotional attachment to their car as some of these Citroen 2CV owners have clearly doesn’t want to leave the car out of any recreational fun they might have. So, instead of leaving the car in the ski resort parking lot, this car’s owner actually takes the car skiing. 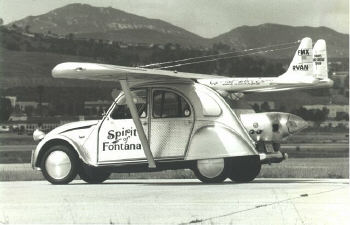 A skiing car? You think a skiing car is cool? Well, then check out this little number – this 2CV is a plane! Okay, it’s at least a 2CV with wings, and while I can’t verify one way or the other whether it flew (or landed), perhaps those wings were a stablizing force when the car went around corners. (Probably not.)

The name 2CV refers to the French name of “deux chevaux vapeur,” meaning “two steam horses,” which referred to the car’s horsepower (one French writer said it was the slow 2CV which was responsible for all the traffic jams in Paris). It earned itself nicknames like “Tin Snail,” “Ugly Duckling,” “The Goat,” “Little Freak,” an “Umbrella on Wheels,” “Rocking Horse,” and even “Quonset Hut.” It had a reputation for a smooth ride and lots of headroom, reportedly so a French farmer wearing his hat could drive across fields without breaking eggs he was carrying. Funny, I don’t remember seeing that in the 2CV commercials I found on YouTube. 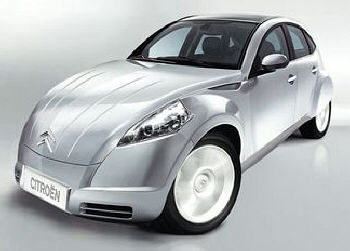 No one can deny the classic 2CV’s quirkiness, but beauty is in the eye of the beholder – and the 2CV has so many fans worldwide now that Citroen has even followed the likes of the Beetle, the Mini and the Fiat 500 by reintroducing a new and modern version of the 2CV which could appear in concept car form in 2009. In other words, if you’ve got a hankering for one sooner, you’d better go retro. And the new 2CV will have one glaring difference from its famous ancestor – this one will not be cheap. 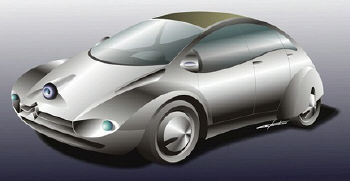 As an aside, while I’m not particularly fond of the look of the old 2CV (no, I’m not among the car’s followers), I have to say I do prefer it to the new design. There’s something endearing about the old one, while the new one just looks like a Beetle with a more menacing-looking front-end. But at least Citroen don’t appear to be going in the direction one Italian designer came up with for a new 2CV – the cyclops look just doesn’t suit a car. And here I thought the Italians were actually good at design.

For more 2CV fun, here are a few videos to enjoy.

This old Citroen 2CV commercial is as obtuse as the cars are odd:

This isn’t a 2CV, but you’ve got to see this dancing Citroen C4 commercial in order to get why the next video is so funny:

If only Citroen’s cars were as cool as their commercials…

This article was written and submitted for publication on the Paris Logue by Jessica Spiegel.