World Heritage Sites normally conjure of images of jaw-dropping natural beauty – or architectural feats like the Taj Mahal and the Egyptian pyramids wrought by thousands of anonymous hands, yet, now and then, personal excellence gets recognition.

Certainly Sebastien Le Prestre, Seigneur de Vauban, King Louis XIV’s Marshal of France, brilliant tactician and royal military engineer is a name recognized by many who’ve visited the French northern coastline. His fortifications are easy to recognize once you’ve caught onto his star pattern formations. (You can even see the similar star pattern in Quebec City’s citadel – whose layout was approved by Vauban).

One of the reasons Vauban was considered the best man to rebuild the fortifications of almost 300 cities throughout France was his equally remarkable ability to break through a city’s defenses. He had numerous occasions (56 sieges) to prove his worth in battles where his attack strategies had good results.

Just as he sought out the weakest points in a city’s fortifications when he attacked, likewise, he optimized every building device in his defense constructions to create a vantage point that ‘had no blind spots’. Often he would use the natural coastline’s topography as part of his fortification plans.

One of my favorite places to admire Vauban’s engineering skill is along the coastline of the Normandy fishing port St. Vaast-la-Hougue. Thanks to friends, France and Toby Fleming, who introduced us to St. Vaast, we’ve returned many times. This town is famous, not only for tasty oysters, but also for huge naval battle, The Battle of Barfleur and La Hougue, 1692, and the remaining Vauban fortifications which nowadays make for a great seaside ramble. It’s also one of the 12 locations chosen to be recognized by Unesco as part of the World Heritage site honoring Vauban. 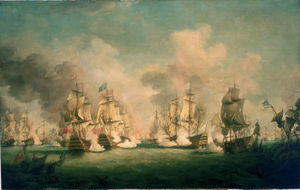 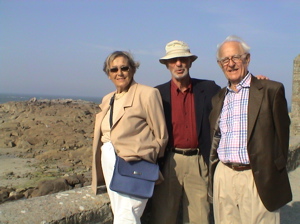 Considered by many to be Vauban’s masterpiece, The Citadel at Lille is a great example of his star-shape formation particularly when viewed from an aerial photo. Although we have yet to visit the Citadel, any Vauban fans will want to include a stop in Lille as part of their tour. How handy that you can get to Lille with Eurostar!

Another fun seaside town which is just a train ride from Paris, Rochefort, is also home to the reconstruction of the ‘Hermione’ the ship which Lafayette outfitted for his participation in the US War for Independence or the American Revolution. Rochefort was a military hospital town and you can quickly grasp the stark geometric lines of classic military construction.
Rochefort-sur-Mer

Vauban was much more than a military engineer and an officer. He had plenty of ideas (like Thomas Jefferson) about a myriad of subjects. One of his more unusual concepts was suggesting to the king that he should actually give up some territory to consolidate France’s fortifications. Although this advice was unorthodox for its time, Vauban’s real downfall was suggesting that Louis XIV should establish a ‘flat tax’.

Vauban had the audacity to suggest that even aristocrats might pay a tax. This brilliant idea ended up getting him banished from Versailles and died within in a year’s time.

UNESCO ‘s choice of Vauban to classify as a World Heritage Site is an overdue and well-deserved honor. Although Vauban’s remains were scattered during the French revolution, his heart was recovered (and is currently interred in the church of Les Invalides). 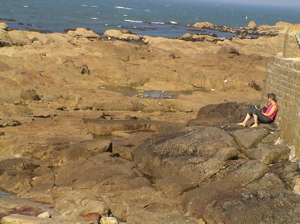 Even if you don’t have time to do a weekend trip up to St. Vaast-la-Hougue (approximately a three-hour drive west from Paris), you can find some of Vauban’s original fortification plans and models at the Relief Map Museum located at Les Invalides (next to the Military Museum and Napoleon’s tomb).
The current show, Siege Warfare includes relief maps from Louis XIV’s era.
Musee des Plans Reliefs
Invalides – metro: Invalides or Varenne
‘La Guerre de Siege’
Musee des Plans Reliefs